Italian Bronze of the Naked Mercury in Flight

Caption Literature Exhibition
A Fine Italian Bronze of the Naked Mercury in Flight his Toes Upon the Head of Zephyrus on whose breath he glides After Giambolgna
Caduceus now missing
Remains of brown lacquer under a greenish black patina
Standing on a modern green serpentine base
Mid 18th Century
Size: 48cm high - 19cm high / 70.5cm high - 27¾ ins high (with base)
The athletic figure of Mercury is shown naked in flight moving in extreme contraposto. Each ankle is winged on the outside and on his head is a winged Pegasus. He is the divine messenger carrying out Jupiter’s behests, with the impressive upward gesture of the index finger of his right hand he alludes to the higher power by whom he is sent. By choosing the motif of a figure in flight, which had previously been reserved to two-dimensional media, Giambologna broke away from the static laws that had governed sculpture and opened up entirely new prospects. His flying Mercury, first cast in around 1565, was effective from every angle of vision and ranked as a mannerist figure ‘par excellence’. It influenced the development of sculpture into the Baroque period and beyond.
In the famous old master painting ‘The Art Gallery of Cornelis Van Der Geest’ by William van Haecut a whole collection of bronze statuettes after models by Giambologna can be seen on the hexagonal table in the foreground. As Giambologna became well known throughout Europe every collector wanted an example of his exceptional work, and for generations to come Giambologna remained a ‘classic of sculpture’. Casts continued to be made from his models on a scale exceeding that of any sculptor before or after him. This particularly fine model dates from the mid 18th century.
NOTE:
Similar Bronze sculpture always required for stock
Please contact with details and images

Italian Bronze of the Naked Mercury in Flight 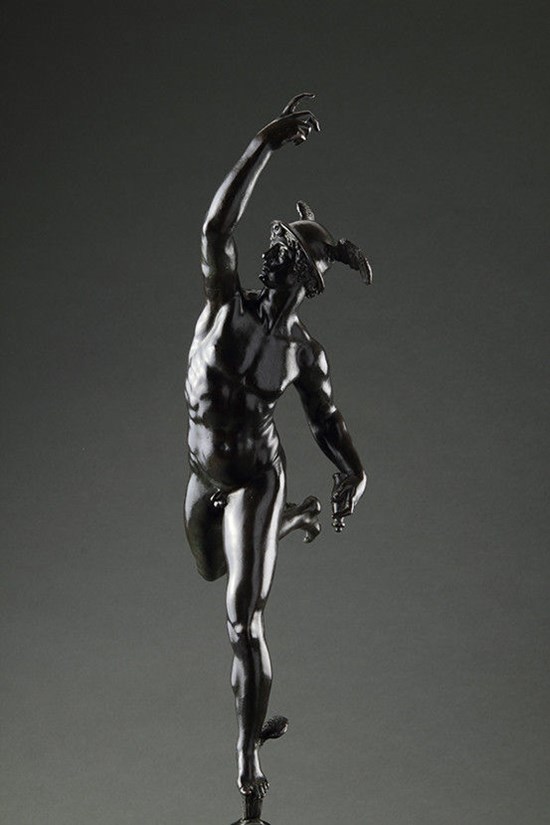 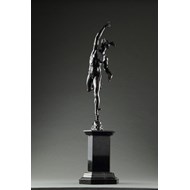 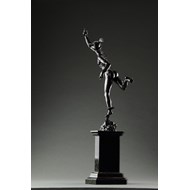 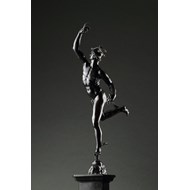 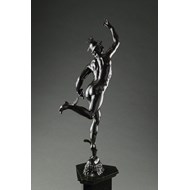 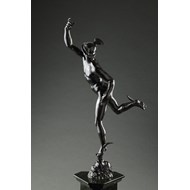 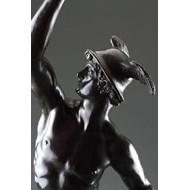 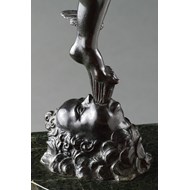