Caption Literature
A Collection of Four Ancient East Greek Phrygian Terracotta Tiles from an Architectural Frieze Decorated with Equestrian Scenes
Probably from the Ancient City of Duver
Late 6th Century BC
Size: A. 34cm high, 28.5cm wide - 13½ ins high, 11¼ ins wide
B. 25cm high, 20cm wide - 9¾ ins high, 8 ins wide
C. 23cm high, 17cm wide - 9 ins high, 6¾ ins wide
D. 23cm high, 16cm wide - 9 ins high, 6¼ ins wide
The archaic period of the 6th century BC witnessed a number of important developments in Greek Art. Politically, the period saw the rise to power in the city states of a series of benevolent dictators, called in Greek ‘tyrants’, who had a beneficial effect on the arts as they promoted their own popularity by seeking to outdo each other in the scale and splendour of their public building programmes and in their promotion of trade.
During the great age of colonisation (circa 750-550BC) Greek settlement spread to Asia Minor's northern and southern coasts. These settlements prospered along the great sea and caravan trade routes and it was during this period that the earliest Greek achievements in science, philosophy and architecture were produced.
Reliefs such as these four fragments were incorporated into the architecture of buildings and combined to create a fluid and rhythmic scene of horses and their athletic riders. 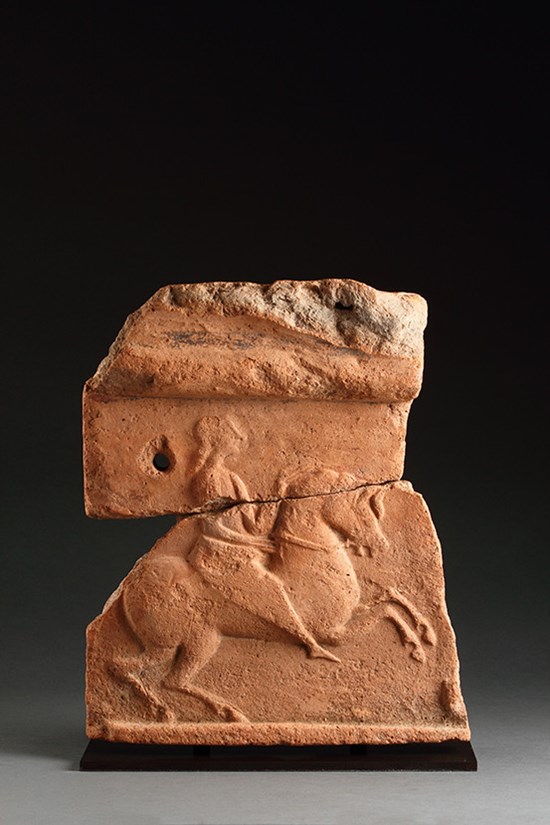 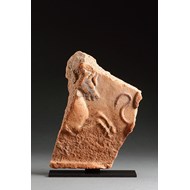 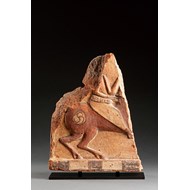 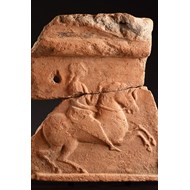 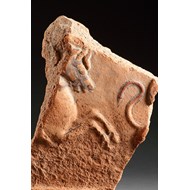 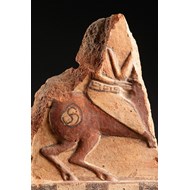 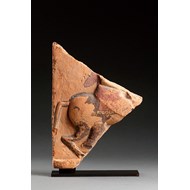 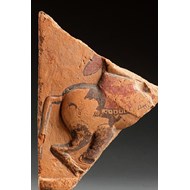