Caption Literature Exhibition
Blond Shell of a South American Amazonian Arrau River Turtle ‘Podocnemis Expansa’
Fine old smooth silky patina
19th Century
Size: 25¼ ins high, 20 ins wide - 64cm high, 51cm wide
These turtles have distinctly wide and flattened shells and can be as large as sea turtles. They congregate on large sand banks to nest from September to November in Brazil and March to April in Venezuela, although they have now been virtually eliminated from the entire upper Amazon area of Brazil. In the 19th century oil was extracted from their eggs and used for lamps and cooking and the large adults were killed for meat. In Venezuela the tagging of wild turtles has shown that a lapse of four years separates the nesting seasons of individual turtles. Their nesting sites are now protected, but their decline has been massive, from an estimated 330,000 in 1799 to 13,800 in 1969.
Since the 17th century these blonde turtle carapace have been regarded as essential to the formation of a collection of natural curiosities. In an engraving of 1655 a single large turtle shell hangs on the wall of Ole Worm's Museum. In 1972 excitement broke out at the American Harvard Museum of Comparative Zoology when the shell of the largest species of turtle ever discovered was found during a fossil hunting expedition in the Venezuelan desert. It lived about six million years ago in the river system of the Amazon basin, was a blonde colour, and measured seven feet two inches long. It was given the name of 'Stupendemys Geographicus' – 'The astonishing turtle'.
NOTE: NOW SOLD
Similar antique shells are always required for stock, please contact with details 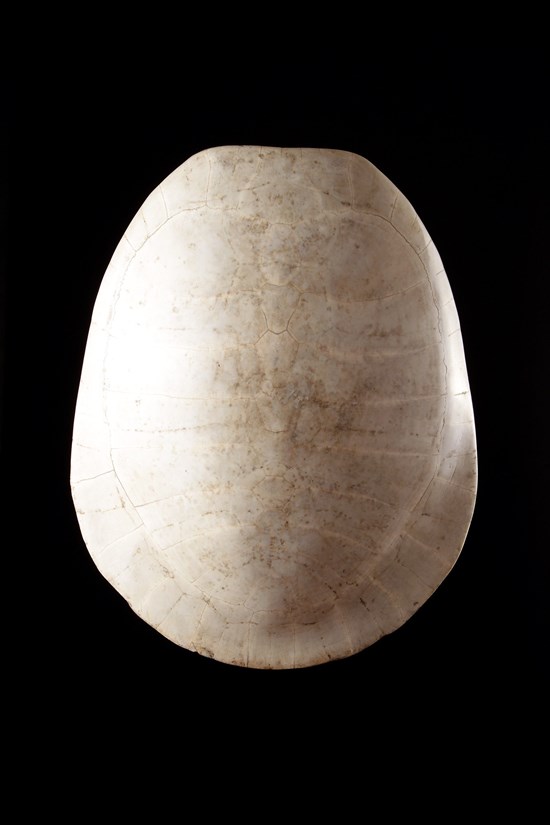 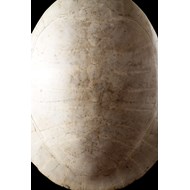