Baculum or Penis Bone of a Large Male Walrus

Caption Literature
The Large Baculum or Penis Bone of a Large Male Walrus ‘Odobenus Rosmarus’
19th Century
Size: 56cm long – 22 ins long
cf Finch and Co catalogue no. 6, item no. 15, for two ancient fossil penis bone clubs
In 1604 Stephen Bennett, an English sailor and adventurer, brought back to London a living young walrus he had obtained in the Bear Islands. It excited much curiosity; ‘The King and many honourable personages beheld it with admiration for the strangeness of the same, the like whereof had never before beene seene alive in England’. Two years later Bennett is recorded as having killed between 600 and 700 walrus on Bear Island in 6 hours, and in 1608 a 1000 in 7 hours. The figures are staggering and the overall slaughter so great that the walrus was practically exterminated in the area by 1613.
Once known as the sea horse, 19th century naturalists believed the walrus to be the connecting link between mammals of the land and those of the sea. The male walrus lacks any externally visible penis, and in order to control body temperature in freezing arctic waters, it is internal and supported by a bone called a baculum. Mating takes place in late Spring or early Summer on land.
The Bering sea Eskimo would make use of these natural clubs when hunting to dispatch caught seal and fish.

Baculum or Penis Bone of a Large Male Walrus 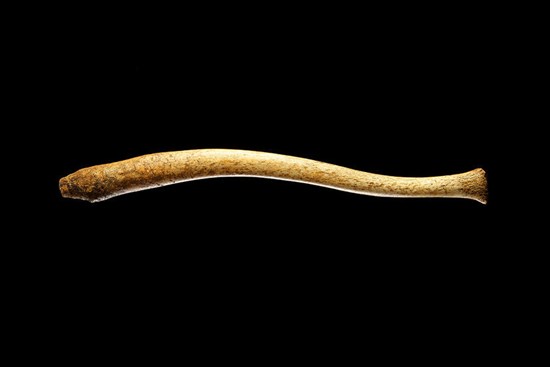 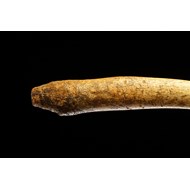 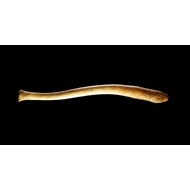