Caption Literature
A New Zealand Maori Greywacke Short Hand Club ‘Patu Onewa’ the blade with a sharp flared rim the butt with three concentric ridges and an old stone drilled hole
Old chips to the distal end of the blade
Smooth silky lustrous patina
An old paper lot number to the blade ‘Lot 508’
18th – Early 19th Century
Size: 33cm long - 13 ins long
cf: A similar club in British Museum Cook collection NZ80. Kaeppler 1978:191
The Maori were a proud and war-like people, quick to protect their reputation and ‘mana’, preferring hand held close combat weapons rather than long distance projectiles. War to the Maori was a form of recreational sport, a contest of skill, carried out under firmly established rules and warriors spent a considerable amount of time grooming for battle. Indeed the preparations for war were ceremonious to the extreme and lasted far longer than the battles themselves. Invocations to the gods, strict observance of all measures needed to propitiate evil influences, the composition of insulting ‘ngeri’ to be chanted in the face of the enemy, could occupy a whole village for weeks.
An extensive range of specific close combat clubs were made to the same pattern throughout the Islands and required a high degree of physical fitness and dexterity to be used effectively. Single handed clubs known as ‘patu’ were made from a range of materials with those of stone and nephrite preserving the simple spatulate form. They were used with a thrusting and cleaving stroke rather than as a bludgeon. 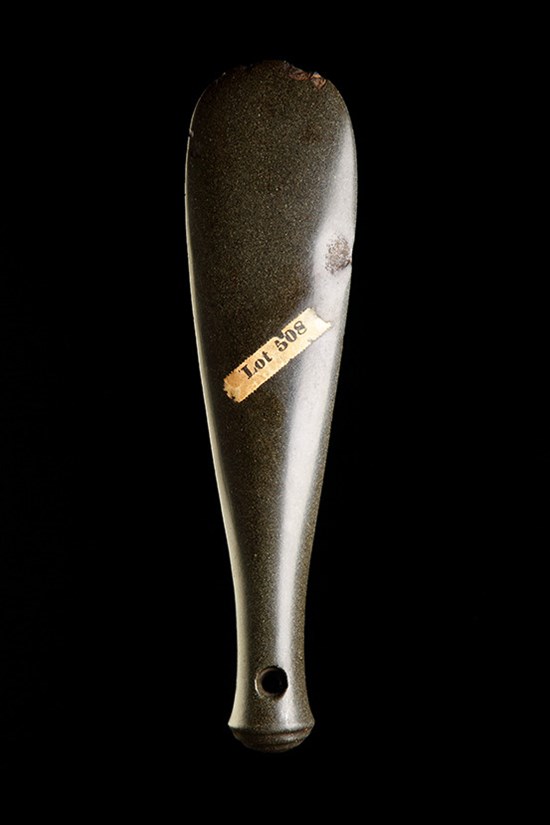 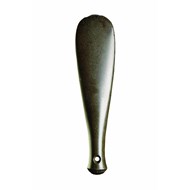