Caption Literature
A Fine Chinese Ivory Hu or Court Tablet
Smooth honey coloured patina
Ming Dynasty / 17th Century
Size: 48cm long, 7cm wide (max) - 19ins long - 2¾ ins long (max)
See: Finch & Co catalogue no. 14 item no. 62 for another example
cf: ‘Chinese Ivories From The Shang To The Qing’; no’s 158 and 159
Court tablets carved of ivory were carried by officials whilst in the Imperial presence, and held in front of the face as the court official bowed deeply to the Emperor. Their use goes back to the Tang period. During the Ming dynasty they were left undecorated, but were carved with an aesthetically pleasing curve. When not in use they were kept by the court doorkeepers and collected only on entering the Imperial Palace as it was deemed an offence to keep a ‘Hu’ because it allowed access to restricted areas of the court. By the time of the Qing dynasty they were no longer used at the Imperial Court, but continued to be sought after and regarded as desirable antiquarian curiosities. 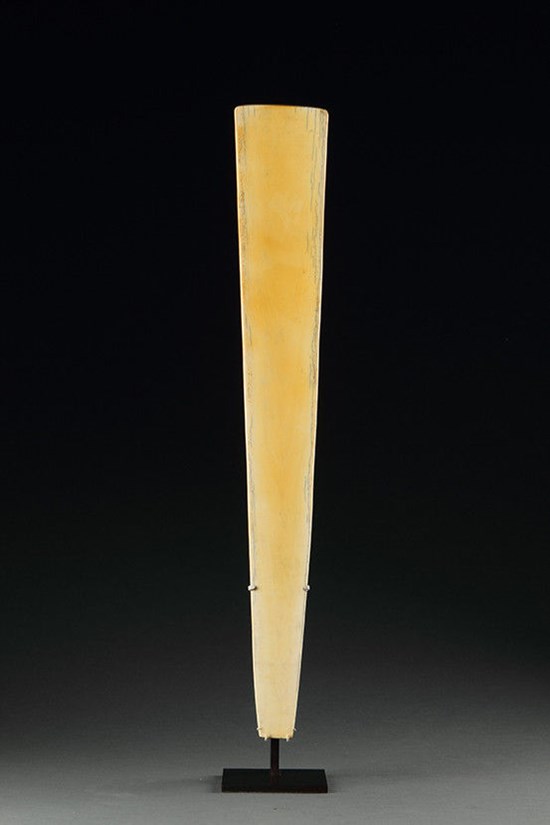 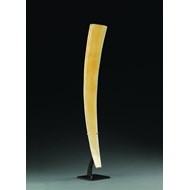 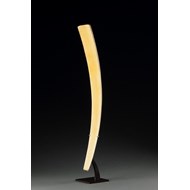 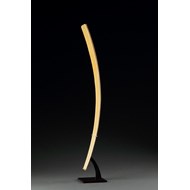