Roman Wall Painting a Fragment of a Colourful Painted Frieze

Caption Literature
An Ancient Roman Wall Painting a Fragment of a Colourful Painted Frieze Depicting an Ornate Acanthus Leaf contained in Georgian Mahogany box frame
Probably from Pompeii in the 3rd Style
1st century AD
Size: 8.5cm high, 9.5cm wide, 3.5cm deep - 3¼ ins high, 3¾ ins wide, 1¼ ins deep
The name of Pompeii means something to every educated European. Since the middle of the 18th century the discoveries around Vesuvius have aroused curiosity in both scholars and collectors. The initial finds came by the chance sinking of a well and the ancient sculpture, decoration and objects that came to light transformed the contemporary knowledge of classical antiquity. The unprecedented quality and quantity of wall painting was a revelation as not a single example had ever been discovered in Rome. Indeed, it was Pompeii that revealed how ordinary citizens, as well as wealthy merchant families, lived. Goethe, during his eagerly awaited journey to Italy, visited the houses that has recently been unearthed and was greatly disappointed referring to them as ‘dolls houses’. He was much more impressed by the majesty of the temples in Paestum, conforming to the ideal concept of the classical and the ‘picturesque’.
Pompeii has a double significance as it represents a society which was destroyed in an instant by the intervention of the gods, either because of its decadence or through purely natural causes, and as the resurrection of an ancient culture. As Charles Dickens described it in ‘Pictures from Italy’ (1846) looking towards Vesuvius and finding himself ‘in the strange and melancholy sensation of seeing the Destroyed and the Destroyer making this quiet picture in the sun’.

Roman Wall Painting a Fragment of a Colourful Painted Frieze 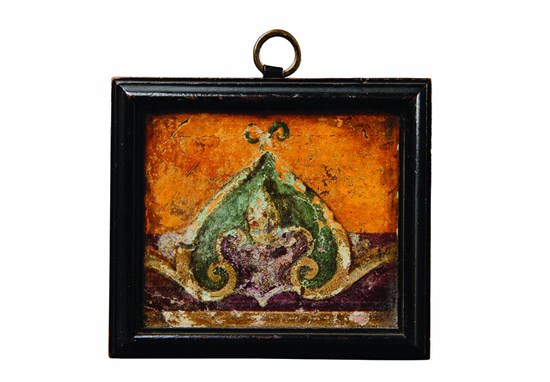 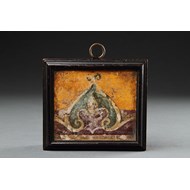 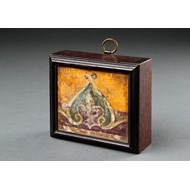 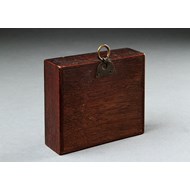