Caption Literature
A Rare Victorian Taxidermy Specimen of a Two-Headed Ayrshire Bull Calf
A brass label attached reading ‘Mine’s A Double’
19th Century
Size: 28cm high, 28cm wide, 23cm deep - 11 ins high, 11 ins wide, 9 ins deep
Natural curiosities were very popular with the Victorians and genuine grotesque mutations of domestic animals occurred more frequently in the 19th century due to inbreeding and a restricted gene pool for prize stock. Few of the animals survived for very long after birth, but some, like this calf, lived for a few weeks or months. Walter Potter had a startling variety of freaks in his Bramber village museum with multi-legged creatures being a speciality of his. Local people would bring him specimens and Potter would accept them, taxidermy and display them in order that he would be offered more! 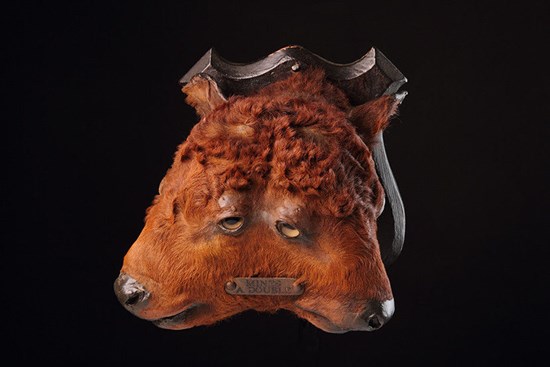 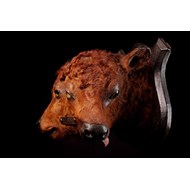 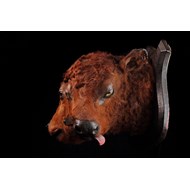 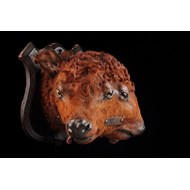 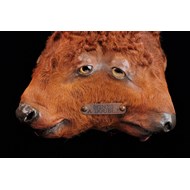