Caption Literature
A Pacific Santa Cruz Islands Tridacna Clam Shell Breastplate ‘Tema’
Decorated in an abstract fretwork design of turtle shell
Late 19th - Early 20th Century
Size: 15cm dia. - 6 ins dia.
Disc shaped ornaments of white clam shell decorated with cut turtle shell motifs are made throughout the Solomon, Santa Cruz and Admiralty Islands and Papua New Guinea. Commonly known as ‘Kap Kap’ they were worn on the forehead or suspended around the neck. They were the property of high ranking individuals and acted as symbols of status. ‘Tema’ from Santa Cruz are made from the same materials used for ‘kap kaps’ in the Solomon Islands, but instead of the large intricate radial openwork discs of the turtle shell which overlap the entire surface of the ‘kap kap’, the ‘tema’ is ornamented by a smaller turtle shell carving that combines symmetrically arranged vertical compositions of angular motifs.
The diversity of motifs found on the fretwork turtle shell designs indicate a meaningful anthropomorphic imagery. The curved and winged motifs suggest the bodies of fish or frigate birds meeting amongst abstracted waves. Although the design varies from one to another it always resembles an abstracted fusion of frigate bird and fish forms. The Pacific frigate bird is not a fishing bird but an aggressor which swoops, intimidates and steals prey from the fish hawks and terns. It is to the fisherman of Santa Cruz and the Solomon Islands a ‘cloud animal’, one of the patterns identified and seen by men on a fishing expedition in the clouds. 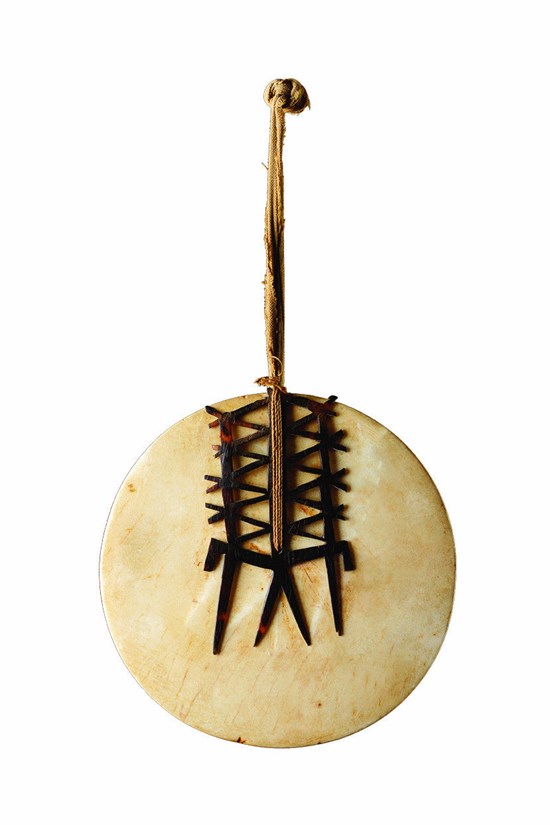 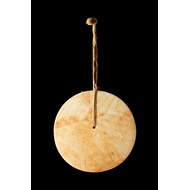 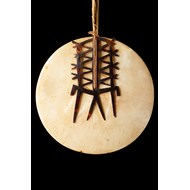