Caption Literature
A Fine and Large South German Carved Walnut Panel Depicting the Image of Christ upon the Shroud of Turin being held aloft by the hands of St Veronica
Extensive traces of polychrome
Early 17th Century
Size: 58cm high, 49cm wide - 22¾ ins high, 19¼ ins wide
68cm high - 26¾ ins high (with stand)
The Shroud of Turin, a linen ‘sudarium’ cloth discovered in the 15th century, is believed by many to bear the imprint of the face and wounds of Christ. This miraculous ‘true likeness’ occurred when St Veronica wiped the face of Christ on the road to Calvary when he fell under the weight of the cross. Regarded as a physical relic of Christ’s passion and an aid to empathetic meditation, the Shroud was brought to Turin in 1578. It became the most treasured relic of the House of Savoy, the rulers of Piedmont, and in 1694 was placed in a special shrine in the spectacular Royal Chapel of the Cathedral of Turin. In 1670 the Congregation of Indulgences granted an indulgence ‘not for venerating the cloth as the true shroud of Christ, but rather for meditating on the Passion, especially his death and burial.’ 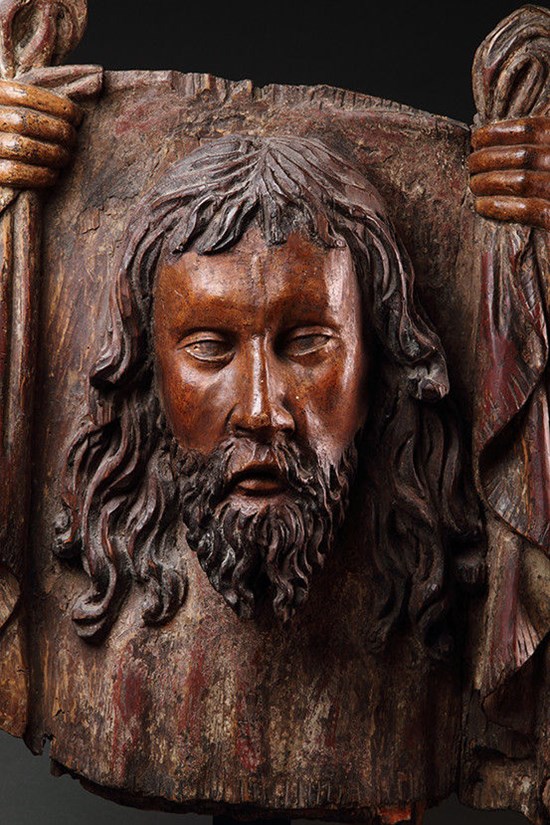 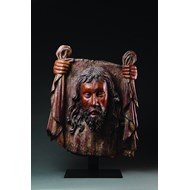 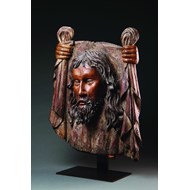 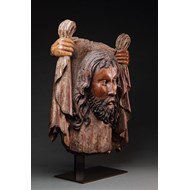 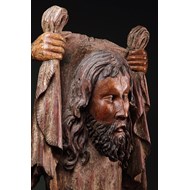 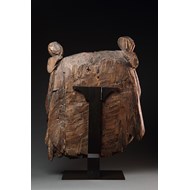 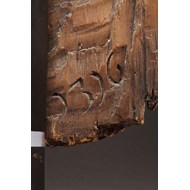 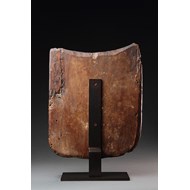 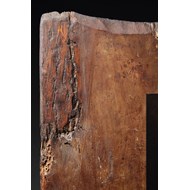