Caption Literature
A Fine Western Australian Aboriginal Carved Wood Slab Shaped Shield
Decorated with Incised Zig-Zag Grooves rubbed with Red Ochre and Sooty Pigments
19th Century
Size: 65.5cm long, 11cm wide - 25¾ ins long, 4¼ ins wide
The Australian Aborigines lived in a country where agriculture was not practised and where no animals except for the dingo dog were available for domestication. So they were forced to remain hunters and gatherers. Consequently much time was spent making and decorating weapons which they mainly used for hunting. The arsenal of the aborigine consisted of boomerangs, shields, clubs, throwing clubs, sticks, spears and spear throwers, all of which were made from wood. These flat slab shaped shields were used for protection from spears and boomerangs, although inter-tribal warfare was uncommon and most personal disputes were settled by ritual contest. 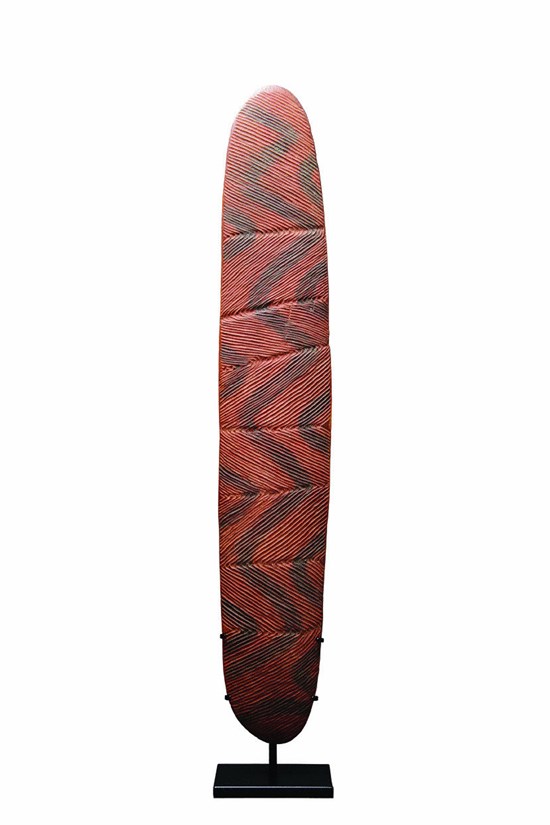 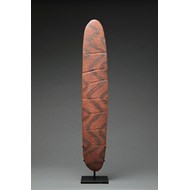 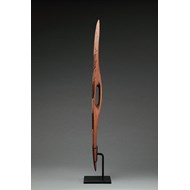 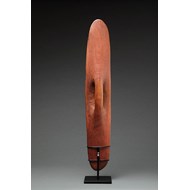 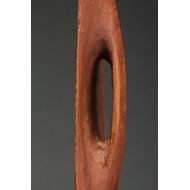