Caption Literature Exhibition
A Northern British Neolithic Stone Sphere or Ball Divided into Six Sections
Smooth patinated surface some small damages
3000 – 2500 BC
Size: approx: 8cm dia - 3 ins dia
About 400 of these unusually shaped Scottish stone balls have been found with a particular concentration of finds within a 500 mile radius of Aberdeen-shire. They are nearly all three inches in diameter, but are made from a variety of different stone material. Some have a regular pattern of carved knobs, others an irregular one, and the size of the carved knobs varies. It has been suggested that these rather enigmatic stone balls were an experimentation with solid geometry carried out by the early Picts. Their form and shape relating to platonic solids some 2000 years earlier than when Plato described them in ‘Timaeus’ in 360BC. Whatever their original function and symbolism, today they have the appearance of a contemporary work of art.
NOTE: Now Sold
Similar Sphere's required for stock, please contact with details 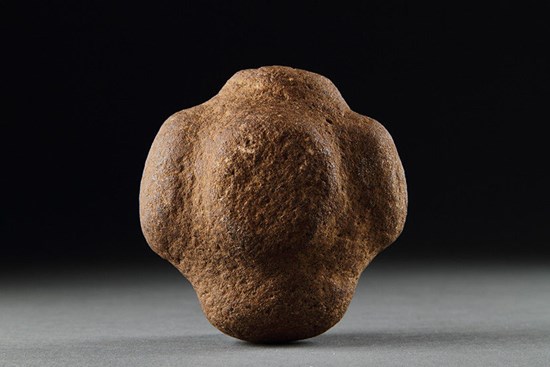 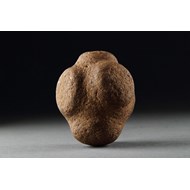