Caption Literature
An Unusual English Regency Model of a Colourful Parrot made of Venetian Glass Beads
Wirework and glass beads on wood perch
Circa 1820
Size: 36cm high - 14¼ ins high
Beautiful to behold with the sunlight filtered through them, Venetian glass beads have been traded across the world since the foundation of the industry in 1200 A.D. All of the glass factories were relocated from Venice to the Island of Murano in 1292 A.D in order to protect the city from fire and to guard the secrets of the production process.
The British Museum has a fascinating collection of Venetian glass beads all sewn onto sample cards which were used by merchants trading in Africa. They are entitled ‘beads traded for gold’, ‘beads traded for ivory’, ‘beads traded for palm oil’ and ‘beads traded in Africa for slaves’. 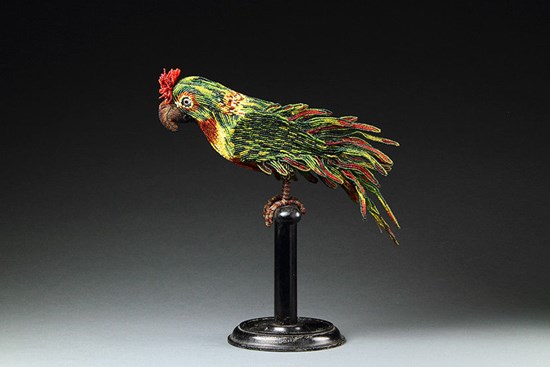 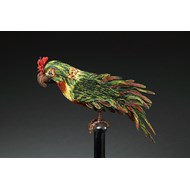 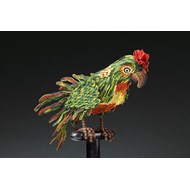