Caption Literature
Two English Examples of Virtuoso Ivory Turning in the Form of ‘After The Antique’ Roman Columns surmounted by balls based on the shape of Greek Artichokes
Early 19th Century
Size: 16cm high - 6¼ ins high
Ancient construction in stone employing the Doric or Ionic orders developed in the late 7th Century BC when the Greeks began to have direct experience of Egypt, learning the methods of quarrying and working in stone. The architectural form of temples built early in the 6th Century BC, such as the temples of Artemis at Corcyra in the Doric, and the temple of Apollo at Delos in the Ionic, shows that the arrangements and details of the orders were already established by then. The Doric probably derived from the naturalistic curvature of Egyptian plant-form columns.
Later refinement concentrated on detail; the balance of the proportions in all parts of the structure in the precise form of column, capital entablature and in the decorative mouldings. 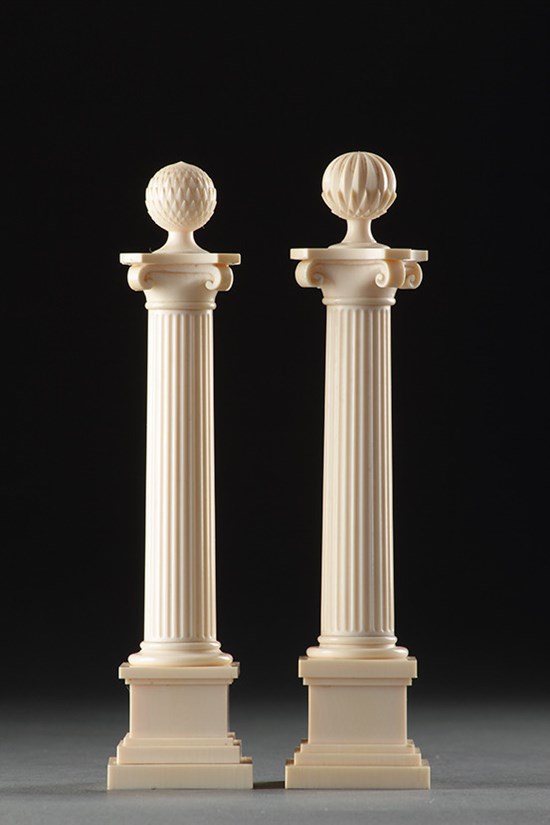 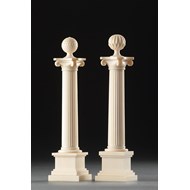 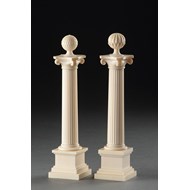 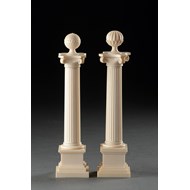