Caption Literature Exhibition
A Rare South African Zulu/Tsonga Ceremonial Staff Snuff Box the bowl formed from two pieces of wood poker-worked and bound with alternating strands of fine wirework
Possibly once having a stopper
Smooth glossy silky patina
19th Century
Size: 65cm long - 25½ ins long
It is believed that tobacco was introduced to Southern Africa in the 15th and 16th centuries by the Portuguese and that cannabis came from Asia long before that. Both were highly valued commodities and as a consequence widely traded, although tobacco was more popular by the 19th century when its use either for snuff or smoking had become well established. Apart from the women of the eastern Cape, tobacco was mostly smoked by men and taken as snuff by women. It was thought that tobacco 'cleared the head' allowing the voices of the ancestors to be heard, and tobacco was prepared and distributed on any occasion at which the ancestors were to be honoured. E.J. Krige in ‘The Social System of the Zulus’ (London 1936) stated that ‘Zulus seldom meet without taking snuff’. The Zulus would place meat, beer and snuff on a ‘unsamo’, a small raised platform upon which the ancestors sit, for the visiting spirits consumption.
The use of tobacco played a part in many major ceremonies and rites, and it was the highest ranking member of the community who was the one expected to supply the snuff. The accepted method was for him to pour a large quantity into his left hand and then to hold it out for people to take without looking at them. ‘If he is rich and liberal he helps himself and then tosses the box to the rest to do the same’ Krige 1936:60. It is certainly possible that this unusual and large snuff box staff had a very similar function.
Similar items required for stock 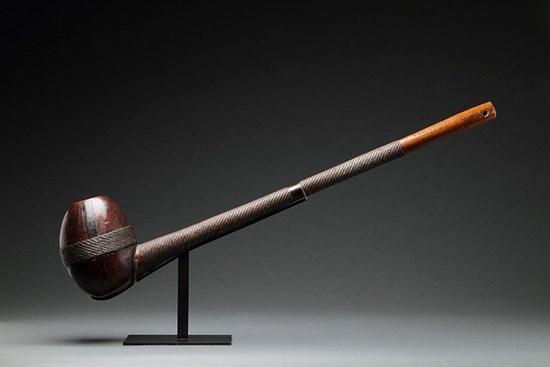 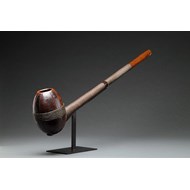 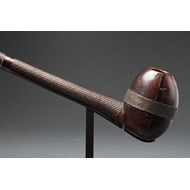 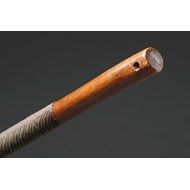 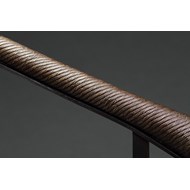 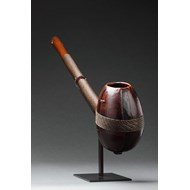