Caption Exhibition
A Very Rare Scottish Neolithic Stone Ball or Sphere
Divided into six sections
3000 – 2500 B.C
Size: 7.5cm dia. – 2â…ž ins dia.
SOLD: Similar items always required for stock
cf
DV Clarke: 'Symbol of Power at the Time of Stonehenge' exhibition catalogue;
National Museum of Antiquities, Edinburgh 1985 pp 56-62 and page 171 for related
examples
At this period of time Northern Britain seems to have had a particularly flourishing culture, especially in the fertile Orkney Islands where the impressive passage grave of Maes Howe was built around 3200 B.C .
It has been suggested that the remarkable ditched and banked stone circles of Brodgar and Steness, that can be seen from Maes Howe, with their ceremonial entrance, are a further development of round passage graves. They probably enclosed circular timber structures for the kinds of rituals which previously took place in the tombs allowing larger numbers of people to gather than could in the stone chambers. The circles were aligned on the summer solstice, a light which gladdened the living, and the old tombs were aligned with the winter solstice, the cold light piercing the realm of the dead.
We have no direct knowledge of their esoteric rites, but certain carefully made objects of hard stone, like this example, in the shape of ornamented spheres or platonic solids with carved stone bosses and facets, argue for a sophisticated understanding of geometry at this time. They were perhaps used for divination purposes, and seem to lead back to the patterns on the walls of the prehistoric passage graves of Brittany, Ireland and Anglessey. 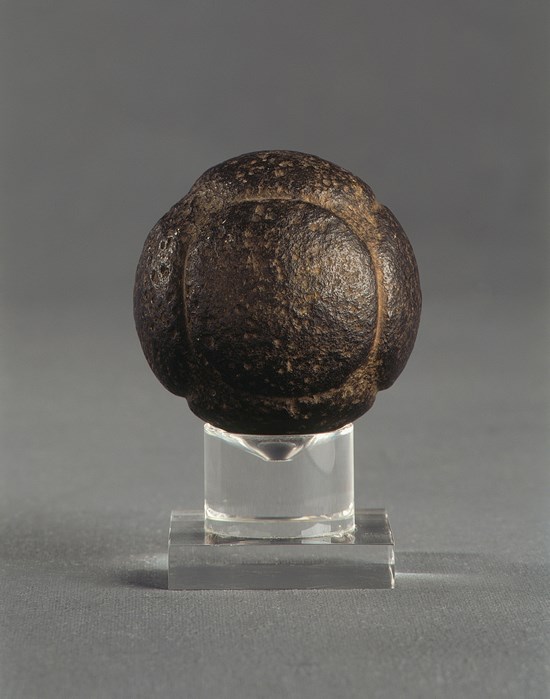 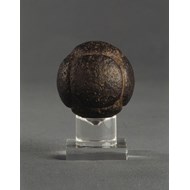