Caption Literature
A Fine French Steel Ormolu Bronze and Porphyry Bust of Louis XV
Attributed to Pierre-Louis Agis (1752 - 1828) A French sculptor working in
Russia
Early 19th Century
Size: 25.5cm high - 10 ins high (overall) / Base: 11.5cm square - 4½ ins square
cf: A Tula Imperial workshop chess set of the 1780’s in the Hermitage collection, St Petersburg with prancing horses for Knights as an example of figural steel work
A Mennecy Porcelain bust of Louis XV circa 1755 of the same style and modelling in The J. Paul Getty Musuem, USA (84. DE. 46)
Catherine the Great (1729 - 1796) of Russia was one of 18th century Europe’s most passionate collectors and under her rule Russia played an important part in European affairs. Her collection included hundreds of unique works by foreign craftsmen and the Russian masters of craft in the Imperial Lapidary works, both at Peterhof and Ekaterinburg, the Imperial Porcelain Factory and the Tula steel manufactory all wished to successfully compete with the masterpieces of European art displayed in the Palaces.
The Empress visited the Tula workshops twice, first in 1775 and again in 1787, and she personally encouraged her personal circle to purchase works either directly or from their annual May fair held in Sofia near her favourite country residence Tsarskí¶e Selo. In 1785 she sent two experienced steelworkers from the Tula armoury factory, reputed to be the best, Alexey Surnin and Andrey Leontyev, to England in order to study different products and broaden their creative outlook. Leontyev was so highly regarded that he received an offer of 200 guineas a year to remain and work in England, but he refused in order to return to his native Tula.
Since 1712 when Peter I officially founded the Tula armoury the masters had enjoyed the patronage of the Royal court producing both large government commissions and individual items as diplomatic gifts. The French Chargé d’affaires Chevalier de Corberon wrote in his diary for 7th November 1775: ‘We went to dine at Count Potemkin’s. He showed us fine steel objects from Tula which are of rare beauty for the quality of steel, gilding and fine decoration’. (Memoires of the Chevalier de Corberon 1901 vol: I p.106) Another Frenchman the Comte de Ségur, ambassador to Russia from 1785 observed in his memoirs: ‘this town Tula has been known for some time for its manufacture of arms. It supplies the whole of the Russian army. They also make works of art in steel, and this branch of the industry, which is promoted by Catherine, has reached such a degree of perfection that they could almost rival the English manufactures. Her Majesty gave each one of us a present of a few pieces of the Tula manufacture, which were most finely worked’.
Many discoveries of hard stones were made in late 18th century Russia and in 1786 in the Altai mountains in fissures beside the River Korgan, the geologists Piotr Ivanovitch Shangin (1743 - 1808) discovered porphyry in an extraordinary range of colours, violet grey, red, pale blue, black and dark green. The discovery of these deposits and others were financed and organised by the Imperial administration and undertaken by scientific expeditions. These costly ventures were considered a matter of Russian prestige as the discoveries generated international interest and admiration throughout the Royal courts of friendly countries. 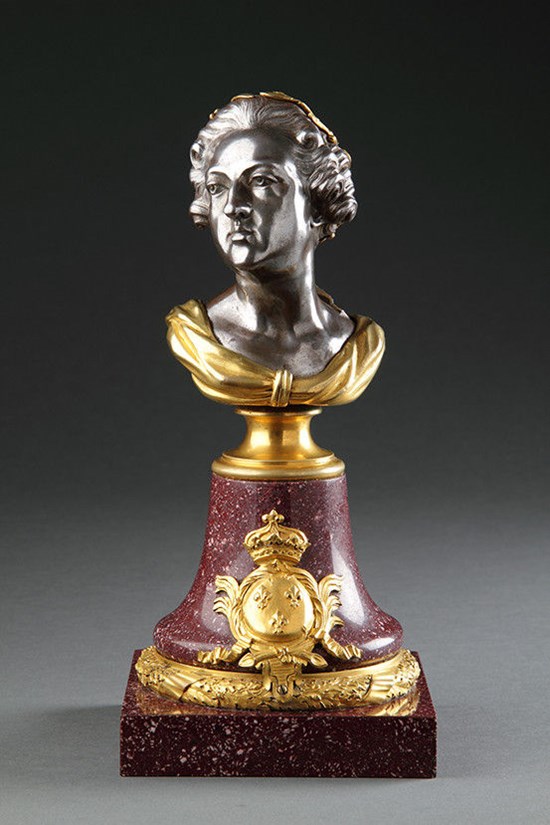 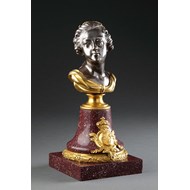 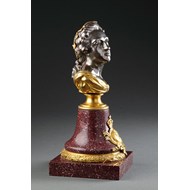 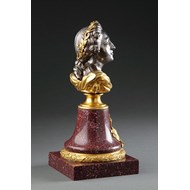 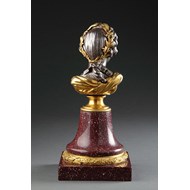 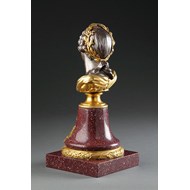 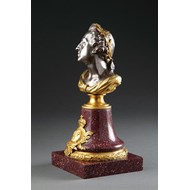 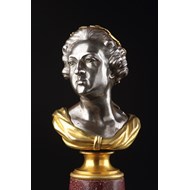 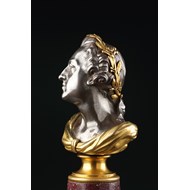 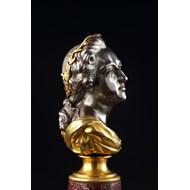