Caption Literature
A Rare Medieval English Oak Secular Figure of a Knight
Traces of red and black polychrome
Mid 15th Century
Size: 61.5cm high - 24¼ ins high
cf: D Edge and J M Paddock ‘Arms and Armour of the Medieval Knight’ London, 1988 pg 57
Victoria and Albert Museum Medieval English Oak Figure of a Knight, one of the Three ‘Naworth’ Figures, circa 1450 (A11-2001)
â€¨Holding a parade shield meant for display at tournaments at his feet this oak figure may have once held a flag which displayed a heraldic device. It has been suggested by the Victoria and Albert Museum that these figures were once part of the large screen found in medieval great halls. Viewed from below they would have displayed the family’s heraldry, ancestry and importance. Medieval arms and armour were expensive and their use in figurative carving such as this denoted chivalrous rank and status. In the 15th century the entitlement to knighthood was by wealth and an income of £40 would entitle a man to become a knight. 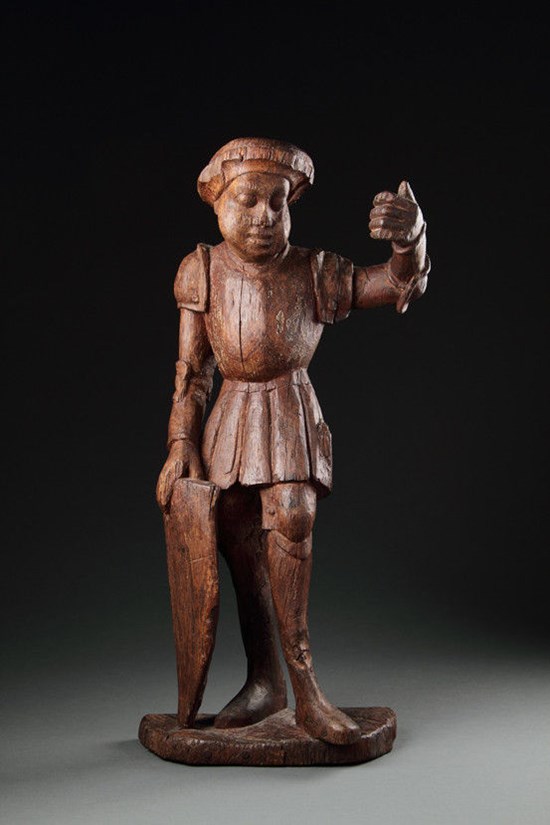 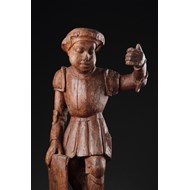 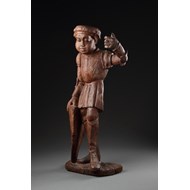 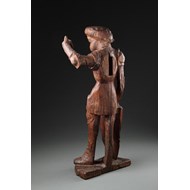 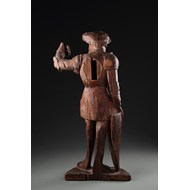 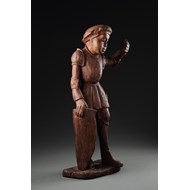 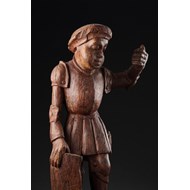