Caption Literature
An Italian Cast Silver Roundel Depicting St George as a Knight on Horseback Braving the Dragon’s Flames Watched from a Tower by the King in an Oak Frame with Embossed Leather Surround
Dated 1711 to reverse
Late 17th Century
â€¨Size: 6cm dia. - 2¼ ins dia. / 9.5cm sq - 3¾ ins sq (frame)
The story of George and the Dragon is not of primitive origin, but it became immensely popular in the West through the Golden Legend translated and printed by Caxton. The dragon, a local pest which terrorised the whole country, poisoned with its fiery breath all who approached it. Every day it was appeased with an offering of two sheep, but when these grew scarce, a human victim chosen by lot was to be substituted instead. The lot had fallen on the King’s daughter who went to her fate dressed as a bride. George attacked the dragon, pierced it with his lance, and led it captive with the princess’s girdle as if it were completely tame! George told the people not to be afraid; if they would believe in Jesus Christ and be baptised he would rid them of the monster. The King and people agreed. George killed the dragon and 15,000 people were baptised. George would take no reward, but asked the King to maintain churches, honour priests and show compassion to the poor. The legend ends with the death of George as a martyr in the persecutions of the Roman emperors Diocletian and Maximian.
His cult took on a new dimension during the Crusades with Richard I placing himself under George’s protection. At Agincourt Henry V’s famous speech invoked St George as England’s patron. In Italy he was regarded as a patron saint who personified the ideals of Christian Chivalry. 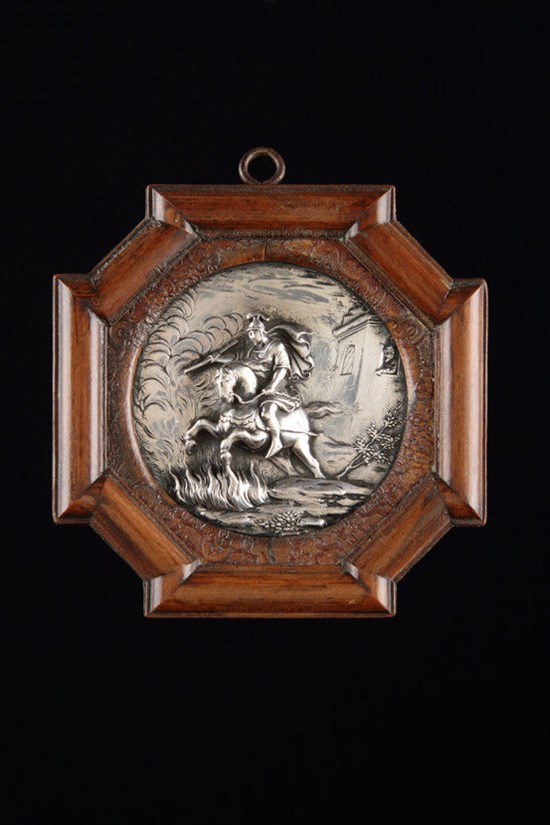 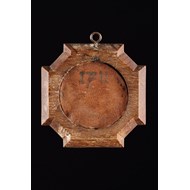