Caption Literature
A Melanesian New Caledonian Penis Shaped Hardwood War Club the Handle with Distinctive Expanded Flange at the Butt Bound with a Grip of Knotted Cord
Natural old high polished patina characteristic of New Caledonian clubs
Early 19th Century
â€¨Size: 68cm long - 26¾ ins long
â€¨See: Finch & Co catalogue no.5, item no.70, for another example
cf: A very similar club is illustrated in an engraving ‘Artifacts from New Caledonia’ after Chapman, London, 1777
â€¨New Caledonia is part of the archipelago that forms the southern outpost of Melanesia. It is mountainous and almost completely encircled by barrier reefs. The natural flora is outstandingly rich in unique species with the flying fox or fruit bat being the sole resident mammal before the arrival of man. According to Captain Cook’s expedition members the men of New Caledonia always carried their weapons with them, although they demonstrated ‘a marked friendliness, honesty and peaceableness’ which ‘could not be emphasised enough’ (Cook 1777, II 108, 118). This was in marked contrast to their experiences on some of the Islands of the New Hebrides. Cook then went on ‘notwithstanding their pacific inclination they must sometimes have wars, as they are well provided with offensive weapons.’ 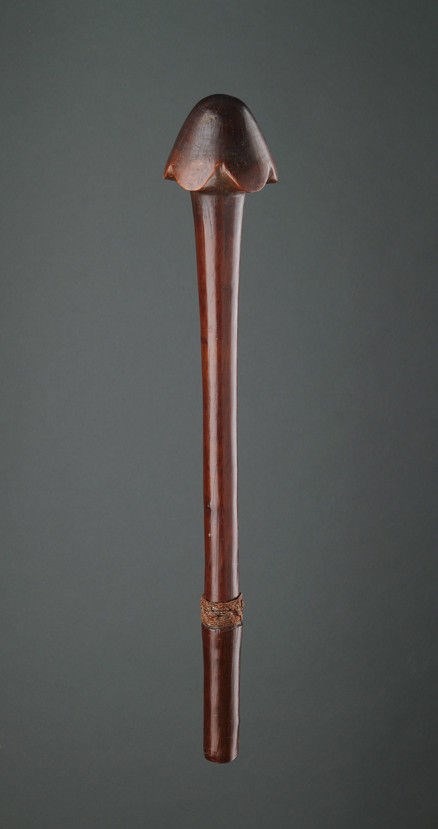 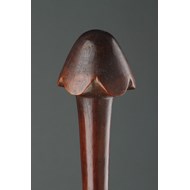 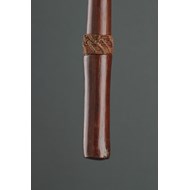