Caption Literature
A New Zealand Maori Orator’s Staff Top ‘TokoToko’ the Seated Figure Carved with a Large Head and Ta Moko Tattoo his Hands Clasped by his Thighs Rauponga Tattoo Spirals on his Buttocks his Penis Displayed
An old colonial silver mount to the shaft
Smooth silky rich brown patina
Early 19th Century
â€¨Size: 24.5cm long - 9½ ins long
This male image of vigorous form came from a staff which was an oratorial accessory and an insignia of chiefly office. The custom of wearing deep facial tattoo ‘Moko’ had a strong influence on the surface designs of Maori woodcarving. The head was carved as very large in proportion to the body stressing its symbolic importance, and that it was more ‘tapu’. The powerful expression of the tattooed face evokes the preserved heads of ancestral chiefs. In 1805, John Savage, a surgeon, was in the Bay of Islands. He records tattoo as a class maker: ‘This society is divided into classes, each distinguished by devices variously tattooed on their faces and persons’. (Savage 1807:20)
The Maori method of tattooing was painful and of great significance. It was usually carried out in a temporary shelter erected in an area declared ‘tapu’. A variety of chisels were used, often made with elaborately carved bone handles, and having a cutting edge up to a centimetre or more in width. The design was traced and the chisel dipped into a mixture of soot and plant juice. The prepared chisel was then placed in position and the cutting edge driven through the skin with a sharp blow on the back of the instrument. Tattoo designs varied from region to region and represented more than just personal adornment showing both the lineage, status and military honours of the wearer.
â€¨ 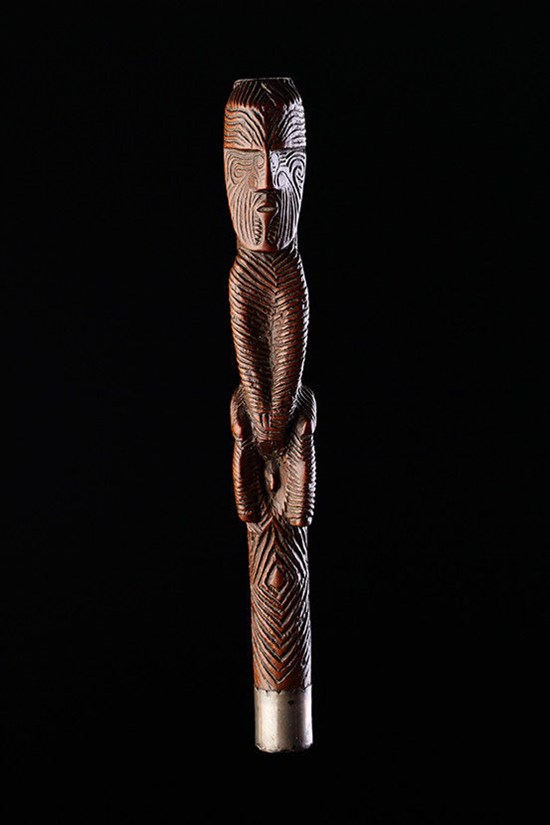 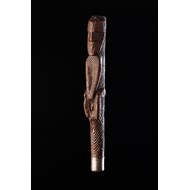 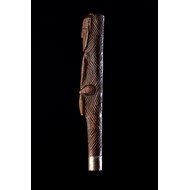 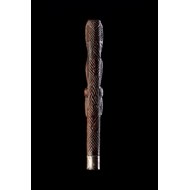 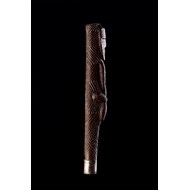 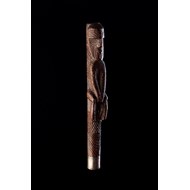 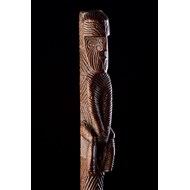 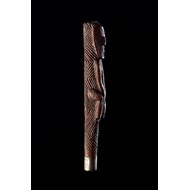 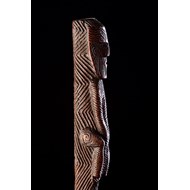