Caption Literature Exhibition
An Indian Mughal Rhinoceros Horn Ritual Libation Cup Finely Carved with Acanthus Leaf Motifs on a Raised Diamond Shaped Base
17th Century
â€¨Size: 2.5cm high, 10cm long, 5cm wide - 1 ins high, 4 ins long, 2 ins wide
cf: A Mughal 18th Century Jade covered jar decorated with Acanthus leaves, in the Virginia Museum of Fine Arts; 68.8.129 a/b
In 1525-6 the Emperor Barbur, founder of the Mughal dynasty of North India, wrote in his diary that he had acquired a boat shaped drinking cup made from the horn of a rhinoceros. This was reputedly purchased over 200 years later by Sir Hans Sloane (1660-1753) whose vast collection went on to form the basis of the British Museum.
Rhinoceros horn was prized in the Middle and Far East for its believed properties as an antidote to both poison and melancholy, as well as for its rarity and beauty. The acanthus leaf as a decorative motif was introduced into Indian art from the Greco-Roman West and during the Mughal period it once again became popular as imported examples of Italian Renaissance art displaying scrolling acanthus leaves were highly prized and admired at the Mughal court.
NOTE: now sold, similar items from the 16th - 19th centuries are always required for stock
please contact with details 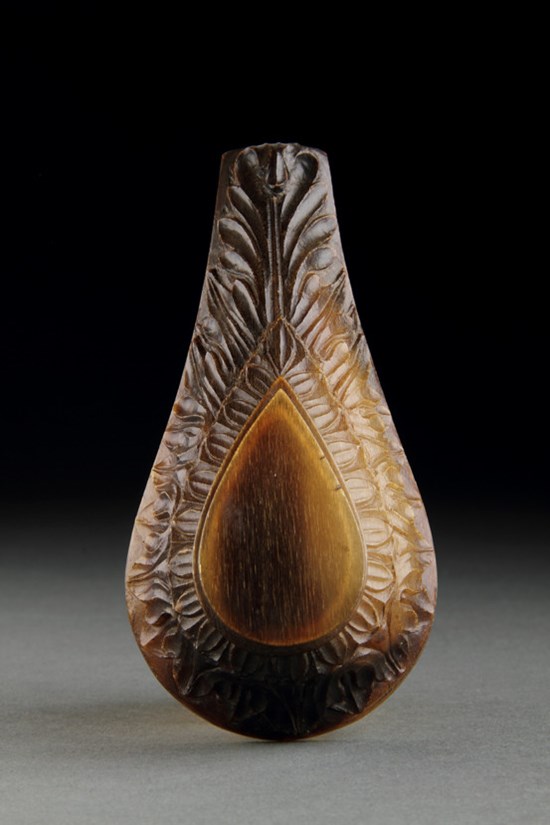 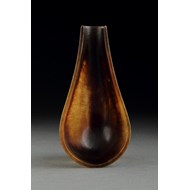 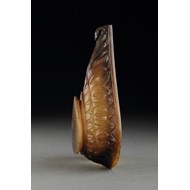 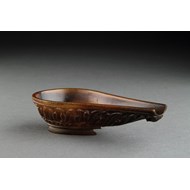 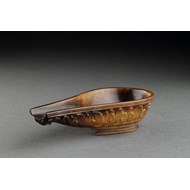 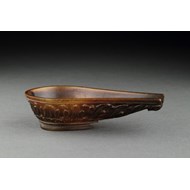