Caption Literature
A Pair of Large South Netherlandish Carved Oak Architectural Corbels Depicting Stylised Male Heads with Mop-Like Curly Hair
The Tops with Deeply Carved Scrolls
Probably Antwerp
1st Half 16th Century
Size: 49cm high, 28cm wide, 30cm deep - 19¼ ins high, 11 ins wide, 11¾ ins deep
The Golden Age of the woodcarver took place in the Middle Ages when there was a huge demand for secular and religious statuary and architectural woodwork. The lavish decoration of roofs, panelling, pews and screens absorbed the time and energy of whole generations of craftsmen. Building on these solid workshop traditions Brussels, together with Tournai, became the principal South Netherlands centres for sculpture in the early 16th century. Antwerp gradually took over this pre-eminent role because of its dominant trading position. However, sculpture flourished elsewhere in the Netherlands and was successfully produced across the region to satisfy the burgeoning market for altarpieces, figures of saints, Madonnas and architectural woodwork.
These corbels are perhaps from the Great Chamber of a large house where they were used to support roof beams.
â€¨ 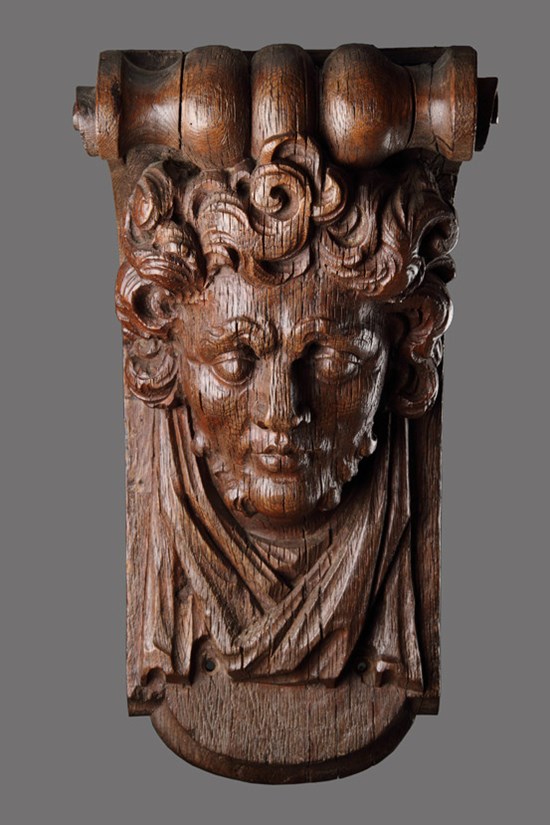 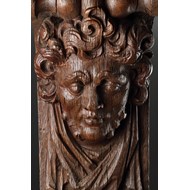 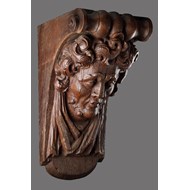 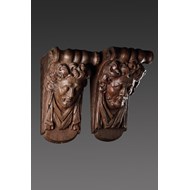 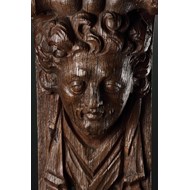 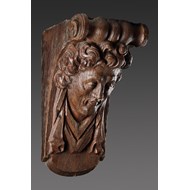