Skull of a Romano British Man

Caption Literature
The Skull of a Romano British Man Discovered During the Excavations for Roadworks in the City of Bath
An old label to reverse reading ‘Roman Skull..... September 1904’
3rd - 4th Century AD
â€¨Size: 13cm high, 16cm wide, 18.5cm deep - 5 ins high, 6¼ ins wide, 7¼ ins deep
From British Druidism to the worship of the Roman Goddess Minerva, the personal religions of Roman Britain was immensely varied, in fact kaleidoscopic. Death and burial was a matter of personal religion and the range of burial customs displayed is wide. The two main rites were cremation and various forms of inhumation or burial of the body unburnt. The exposure of bodies above ground that occurred earlier in Iron Age Britain does not appear to have happened in the Roman period. Broadly, cremation which was the traditional Roman practice, was the dominant rite during the 1st and 2nd centuries and inhumation in the 3rd, 4th and 5th. This was partially due to the spread of Christianity and a literal belief in the resurrection of the body.

Skull of a Romano British Man 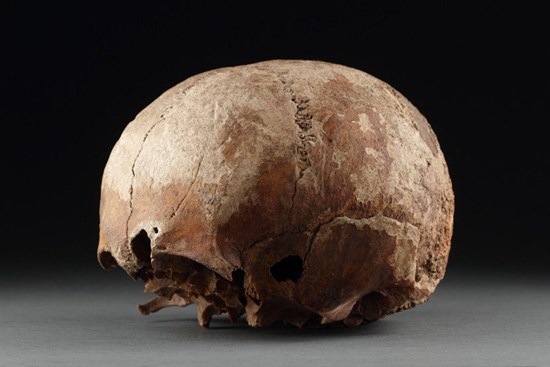 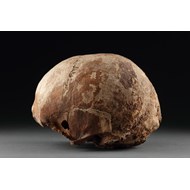 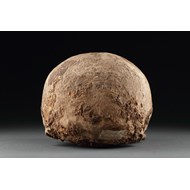 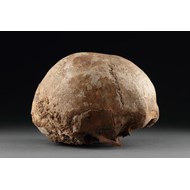 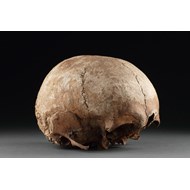 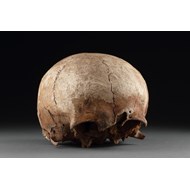 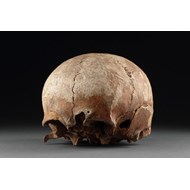 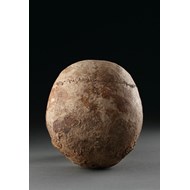 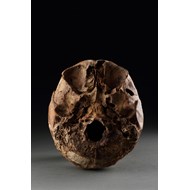 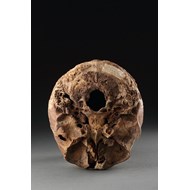 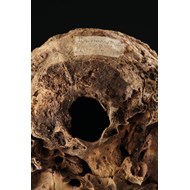 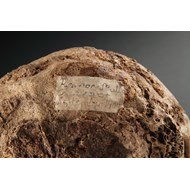