Caption Literature
A Japanese Red Lacquer and Gilded Cypress Wood NÅ Mask Depicting ‘Tengu’ the Heavenly Dog
An ink inscription to reverse
Old smooth patina with signs of use as a Dance Mask
Edo Period - Mid 19th Century
â€¨Size: 26cm high, 19cm wide, 16.5cm deep - 10¼ ins high, 7½ ins wide, 6½ ins deep
In Japan Tengu were once thought to be disruptive demons and harbingers of war, they are now considered to be protective, although still dangerous, spirits of the mountains and forests. The earliest Tengu were depicted with beaks as they were thought to take the forms of birds of prey, but over time this has become an unnaturally long phallic human nose which is now Tengu’s defining characteristic.
The elegant and elaborate Japanese NÅ dance-drama developed in the 14th century from a number of earlier forms and has retained its popularity. The boldly dynamic, grotesque or subtly eloquent dance masks are worn by the principal performers to symbolically represent every conceivable mood or emotion. As NÅ masks are worn for a long time throughout the complex plot they are carved from a lighter wood than many of the earlier forms. At first their manufacture was a side line of the Temple Shrine image makers, but the craft eventually became the specialised trade of certain families, some of whom claimed their work was ‘Tenka Ichi’, that is, ‘unsurpassed under heaven’. 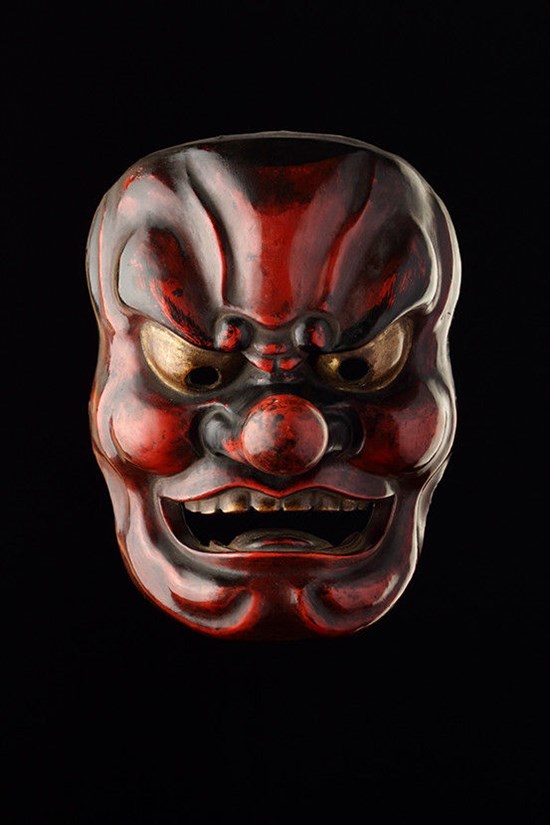 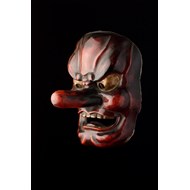 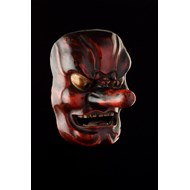 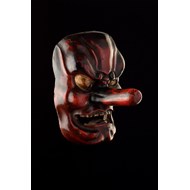 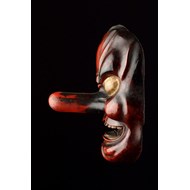 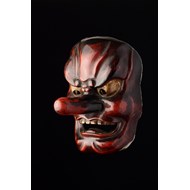 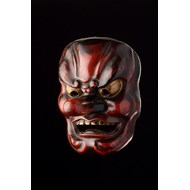 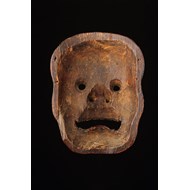 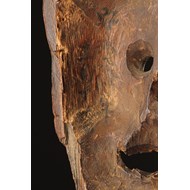 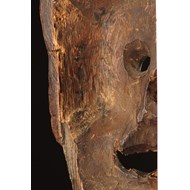