Caption Literature
A Fine Pair of French Ormolu Bronze and White Marble Perfumiers ‘Cassolettes Brí»le-Parfums’ the Tripod Supports Finely Chased with Satyr’s Cloven Hooves and Garlanded with Floral Swags the Pierced Lidded Dish Surmounted with a Flame Finial
Attributed to Pierre Philippe Thomire
Late 18th – Early 19th Century
â€¨Size: 29.5cm high - 11½ ins high
Brí»le-Parfums were very popular and fashionable objects during the later years of the reign of Louis XVI. They were also used to hold pot-pourri which Marie Antoinette adored and would have in every room.
Pierre Philippe Thomire (1751-1843) was one of the most prominent bronze casters of the late 18th and early 19th century. He was assistant ‘bronzier’ to Jean-Claude-Thomas Duplessis who besides gilt bronze objects made and designed the mounts for the Sevres porcelain manufactury. When Duplessis died in 1783 Thomire took over his role, and the business of supplying Sevres with gilt bronze mounts kept him solvent throughout the revolution when many other producers went bankrupt. In 1804 Thomire bought the business of a ‘marchard mercier’ allowing him to sell furniture, sevres porcelain and decorative objects which he produced in his own workshops. In 1809 Napoleon made him ‘Engraver to the Emperor’, and as he supplied a large number of pieces to the palaces, in 1811 he became ‘Furniture suppliers to the Majesties’. He survived even after Napoleon’s downfall winning numerous medals at various exhibitions. At the height of his business career Thomire employed six or seven hundred workers. He finally retired at the age of 72, but still continued to work as a sculptor exhibiting at the Salon until he was in his eighties. 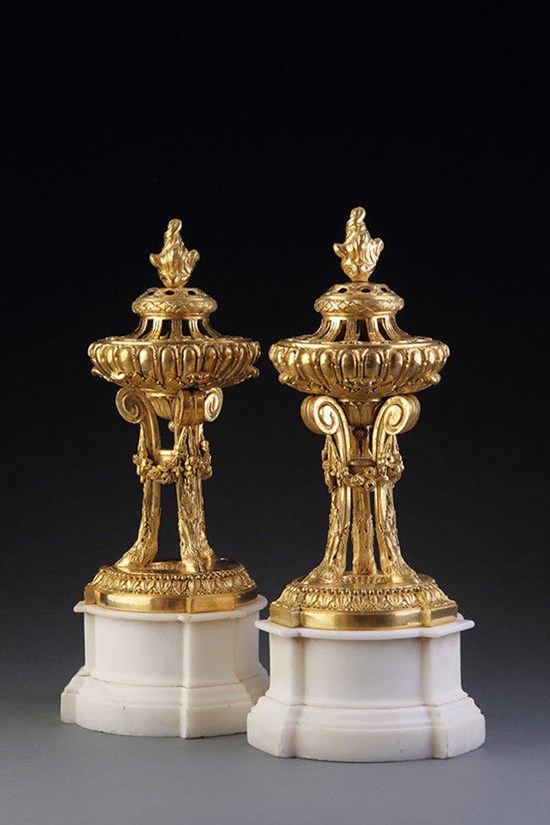 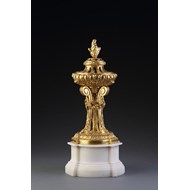 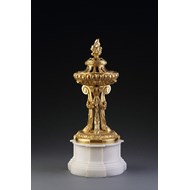 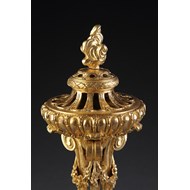 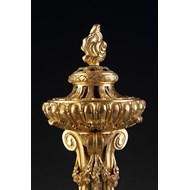 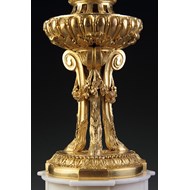 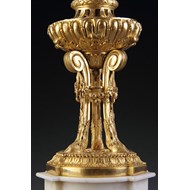 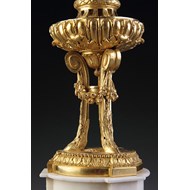