Caption Literature
An Austrian Hapsburg Carved Hippopotamus (Hippopotamus Amphibius) Tooth Powder Flask Decorated with a Stag Hunting Scene and to the Reverse with a Noble Coat of Arms and Oval Portrait Medallion the Wild Boars Head Finial with a ringed plug
First Half of 19th Century
Size: 25cm wide, 4.5cm dia. (approx) – 9¾ ins wide, 1¾ ins dia. (approx)
Powder flasks originated as a case in which to carry gunpowder used as the charge for muzzle loading guns. They became aesthetic objects in their own right as well as a sign of rank. Ornate powder flasks such as this probably never actually functioned as containers for gunpowder, but were worn to ornament fashionable hunting dress. 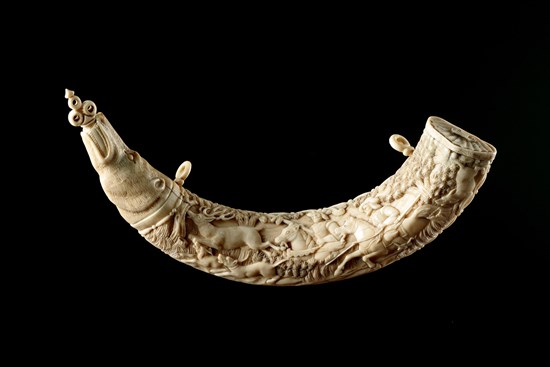 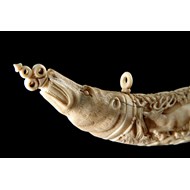 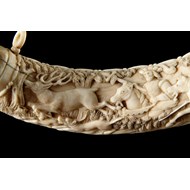 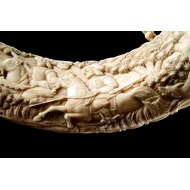 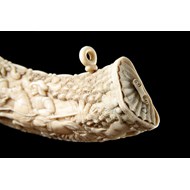 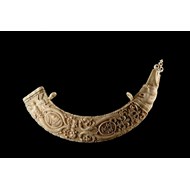 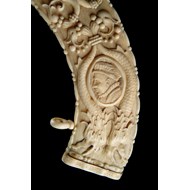 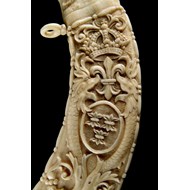