Caption Literature Exhibition
A Fine and Exceptionally Large Scrimshaw Scene depicting Whaling Scene Etched on the Pan Bone of a Sperm Whale Jaw
Circa 1800 – 1820
On December 16th 1845 the mate of the Whaler Acushnet entered in the ships log ‘busy doing nothing - nothing to do it with’.
Scrimshaw was born of boredom. It became an escape from the endless sea.
Whaling was one of the hardest and most brutal seafaring activities the world ever knew. It was the Basque fishermen who were the first to systematically and extensively pursue the whale as an industry, and in the 10th century they would sail as far north as Iceland in their pursuit.
It was the search for a Northwest and Northeast trading passage which brought knowledge of vast numbers of whales in the Arctic seas and by the early 17th century voyages of small whaling fleets to Spitzbergen and Greenland were being organized by the English, Dutch, French, Spanish and Scandinavians who divided the northern seas into whaling grounds and controlled them for over a hundred years.
The Dutch were the most successful until the English stimulated by Government bounties opened a new whaling era in the mid 18th century. By 1770 a whaling fleet of some 60 vessels annually visited the Greenland seas from the English ports. However the American colonies had evinced an interest in the whaling industry from the earliest settlement and by 1750 the American industry was also stronger and vigorous with Nantucket having over 80 vessels engaged in deep sea whaling.
The American Revolution halted the Industry's progress but it recovered only to be set back again by the war of 1812. However with the discovery of new whaling grounds in the Pacific it quickly rebounded and remained an important industry throughout the 19th century.
Now Sold: similar Antique scrimshaw pan-bone plaques are always required for stock - please contact with details 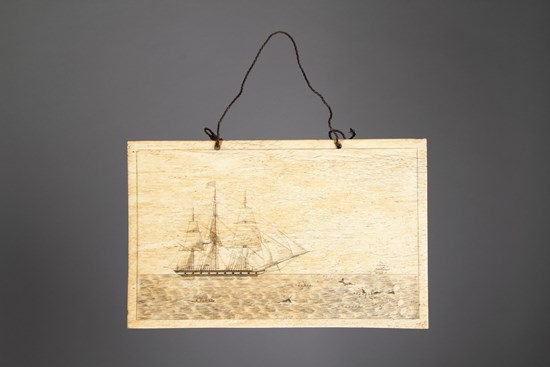 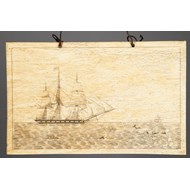 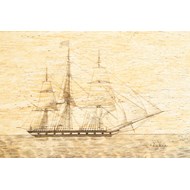 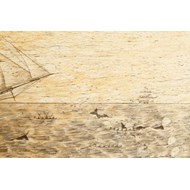 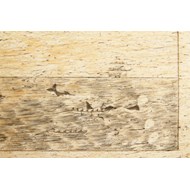 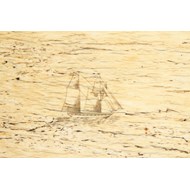 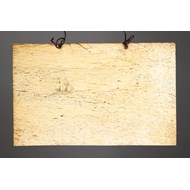 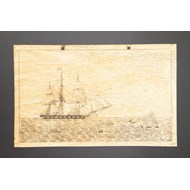