Caption Literature
A New Hebrides Vanuatu Santo Wooden ‘Nalot’ Pudding Pounder
19th Century
SIZE: 60cm long – 23¼ ins long
‘Nalot’ is a pounded cooked pudding mixed with coconut milk, which can be made from taro, yam, banana, manioc, or in some areas from breadfruit. It is not grated or scraped and then baked in an earth-oven, as are the other staples such as ‘laplap’, but cooked and pounded simultaneously. Each area of Vanuatu had its own style of pounder and although the preparation of food was usually a female activity, ‘nalot’ pounding was usually a male task. Santo pounders are thicker and heavier than those from the north which are lighter and somewhat finer, and their carved finials may be representations of the traditionally used fruit such as breadfruit and pandanus. 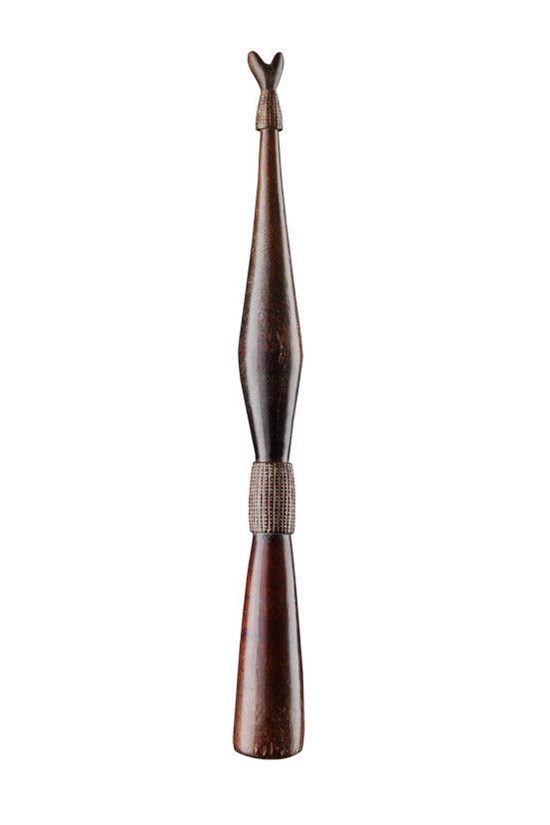 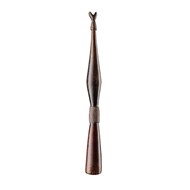 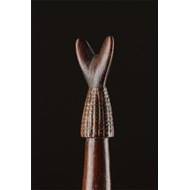