Caption Literature
A Rare North Alaskan Iupiak Eskimo Whalebone Scraper ‘Urugan’ the Club Shaped Tool Carved with an Effigy of a White Beluga Whale
Early 19th Century
SIZE: 42cm long, 10.5cm wide (max) – 16½ ins long, 4 ins wide (max)
The white whale was an important quarry for the people of the Bering Sea. It had a special significance and was accorded the utmost respect. When a white whale was caught a song was offered to its spirit and it was customary in many regions never to hunt for them with iron bladed harpoons, nor to cut them with iron knives or to use iron scrapers. This whalebone tool was used to clean the skin of fat and then to remove creases, and after soaking to soften it, to make it pliable.
From May to November the white whales frequent the sand bars and shores of Norton Sound and the mouths of the Yukon and Kuskokwin rivers. They pursued the abundant tomcod fish in the tidal creeks and marshy estuaries until the ice would freeze the streams over. In the 19th century they could be heard regularly every night hissing and blowing in the streams as they hunted for fish. When they were encountered in large numbers they would be surrounded, driven into shallow water and killed.
The blubber of the white whale is clear and white and considered superior to seal by the Eskimo. Their intestines were made into waterproof garments or floats and the sinews were highly prized. The scraped skin was made into strong lines or durable boot soles. When well cooked the half-inch thick soft epidermis is considered choice eating with a pleasant flavour recalling that of chestnuts. 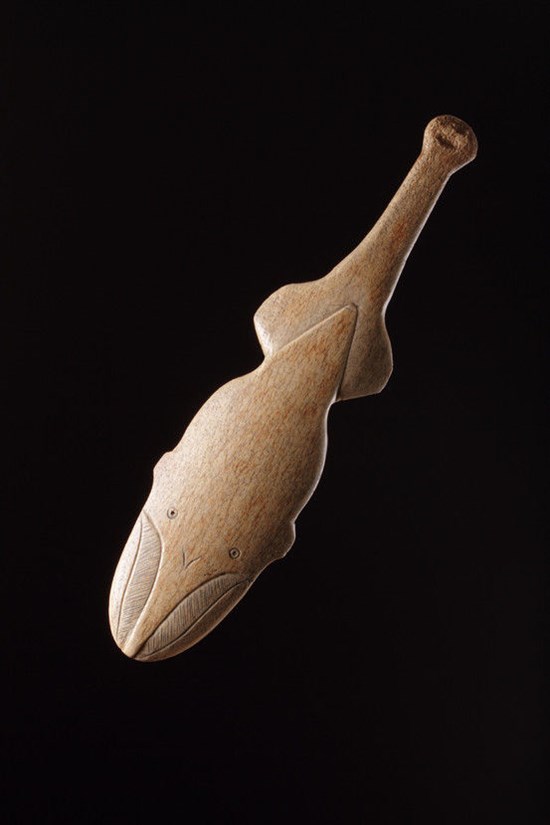 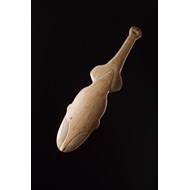