Caption Literature
A South Pacific Marquesas Islands Whale Ivory Fan Handle ‘Ke’e’
A large central Tiki figure with oversize incised eyes backed by four smaller Tiki stacked one on top of another an abstract eye motif to the base of the handle
A double-drilled hole to the top to take a wood shaft
First half of 19th Century
SIZE: 7cm long, 3cm dia. (max) – 2¾ ins long, 1¼ ins dia. (max)
Marquesas ornamental whale ivory objects became more abundant in the early 19th century when the European and American whalers and sandalwood traders brought large numbers of whale teeth to the islands to exchange for food and other commodities.
Distinctively shaped fans ‘tahi’i’ were carried on the Islands by warriors, ritual specialists known as ‘tau’a’ and other men and women of high birth or status. As symbols of rank they were displayed on important occasions such as feasts and their visual impact was enhanced by the elegant manner in which they would be carried. 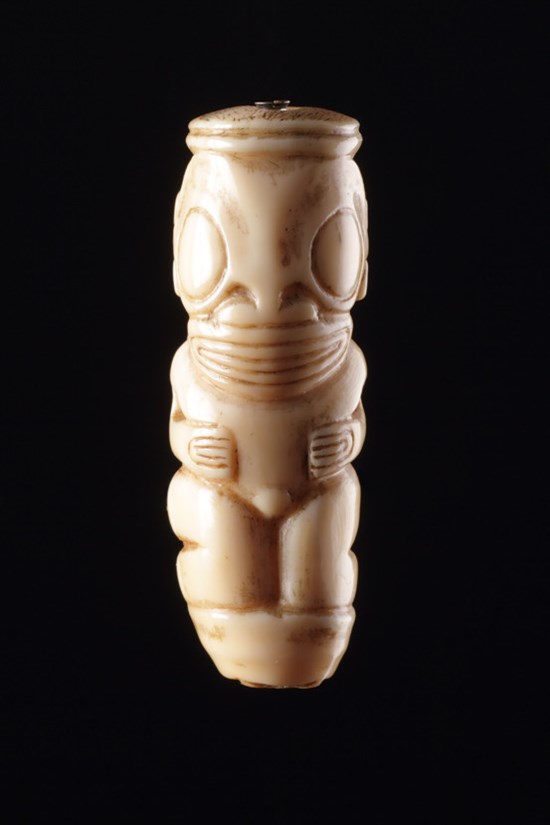 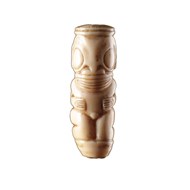 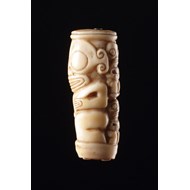 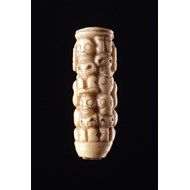 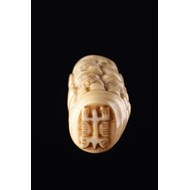