Caption Literature
A Napoleonic French Prisoner of War Carved Bone Double Domed Domino Box Shaped as a Marriage Bed
The two arched lids sliding off to reveal two sets of dominos
Late 18th – Early 19th Century
SIZE: 11.5cm high, 15cm long, 10cm wide – 4½ ins high, 6 ins long, 4 ins wide
Great numbers of French prisoners of war displayed a passionate addiction to gaming and gambling unmatched by any of the other pursuits from all the other countries represented in the British Depots and prison ships. Almost everyone enjoyed the occasional flutter on games of chance or skill, and the clever industrious prisoner of war who realised this and kept the Depot markets stocked with domino sets, playing cards, chess sets and teetotums was sure of regular and rewarding employment. Dominoes as a game was not known in Europe until around 1750. It was introduced by French prisoners of war into England at the end of the 18th century. Dominoes was a new, exciting game and all the rage in the 1800’s! 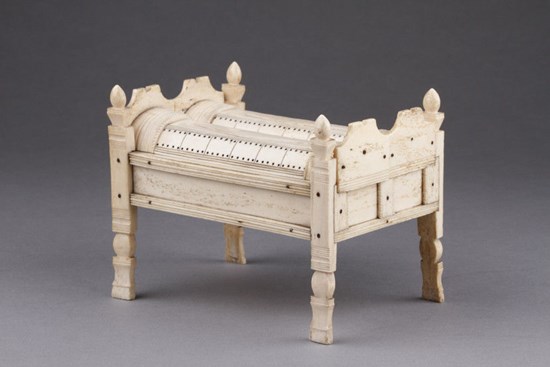 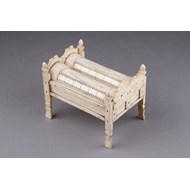 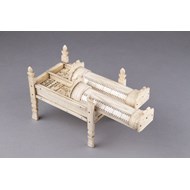 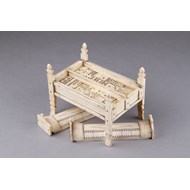 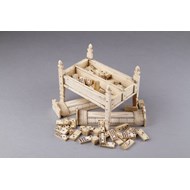