Caption Literature
A Native American Plains Lakota Sioux One Headed Drum Decorated with a Faded Sunburst Design in Red Black Yellow and Blue
The Thin Buffalo Rawhide Stretched and Pinned with Iron Tacks to a Hooped Wood Frame
Circa 1870 – 1890
SIZE: approx: 30cm dia. 8cm deep – 11¾ ins dia., 3¼ ins deep
CF: A similar drum in the collection of D.T. Vernon at Colter Bay Visitor Centre, Wyoming, published in The Spirit of Native America by A.L. Waters, no 959. 1989
Richly diverse, American Indian music was unique in its almost exclusive emphasis on singing accompanied simultaneously by the playing of a drum. Plains Indian drums were made with single or double heads stretched over hoops or cylinders and beaten with hands, wands or sticks, usually to emphasise the rhythm of a particular ceremony and to accompany the characteristic plains style of a tense, nasal quality of song.
Music was integral to Native American life on the plains where it was performed everyday, in public or private contexts, to preserve and perpetuate traditional culture, to express and affirm tribal identities and to honour families and the ancestors.
Early European explorers and missionaries were fascinated by Native American music describing it in their journals as having a connection to the spiritual realm. Indeed, sacred Indian narratives teach that music is not a human invention, but was first given to the people by spirit beings in order to facilitate interaction between them. 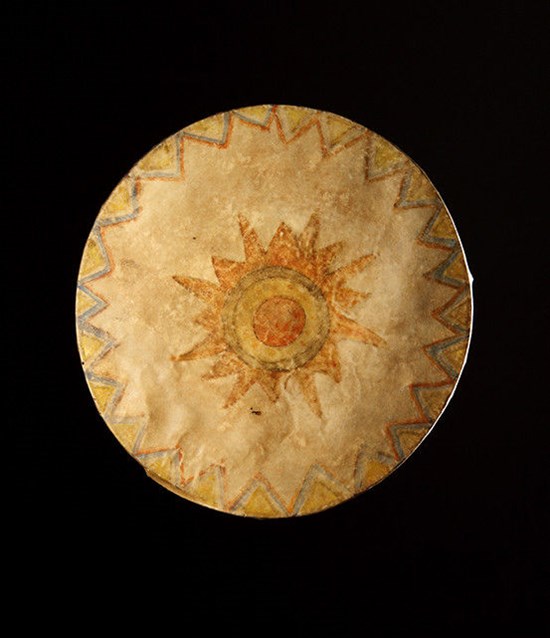 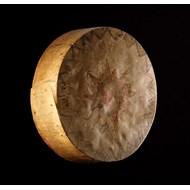