Caption Literature
A Rare North Western Alaskan Ipiutak Eskimo Carved Wood Ceremonial Shamans ‘Flying’ Figurine
18th Century – Early 19th Century
SIZE: 13cm high – 5 ins high
The ‘flying shaman’ was the subject of many legends in Siberian and Alaskan mythology. The shaman was bound to a rope or thong in various ways and would fly to the spirit world, usually the moon. There was a noted Point Hope shaman called Asetchuk who was reputed to be able to fly, and in 1880 is said to have flown to St Lawrence Island to look for his son.
Wooded figurines would be suspended from the back so that they hung in a horizontal position from the roof of the ceremonial house. They figured prominently in whaling ceremonies and observances along the entire western coast of Alaska. At Point Hope, a four-day religious ceremony called the ‘sitting’ was held in honour of the season’s killed whale’s souls just after the new ice had formed in the autumn. Knud Rasmussen witnessed one of these ceremonies in 1927: ‘a carved wooden bird hangs from the roof, it’s wings being made to move and beat four drums placed around it. On the floor is a spinning top stuck about with feathers, close by is a doll, or rather the upper half of one, and on a frame some distance from the floor is a model skin boat, complete with crew and requisites for whaling. The proceedings open with the singing of a hymn; then a man springs forward and commences to dance; this, however, is merely the signal for mechanical marvels to begin. The bird flaps its wings and beats its drums with a steady rhythmic beat. The top is set spinning throwing out the feathers in all directions as it goes; the crew of the boat get to work with their paddles; the doll without legs nods and bows in all directions; and the most wonderful of all, a little ermine sticks out its head form its hole in the wall, pops back again and then looks out, and finally runs across to the other side to vanish into another hole, snapping up a rattle with a bladder attached as it goes. All hold their breath, for should the creature fail to enter the hole with rattle and bladder behind it, one of those present must die within the year. But all goes well, and the company gasp in relief.’ (Across Arctic America 1927) 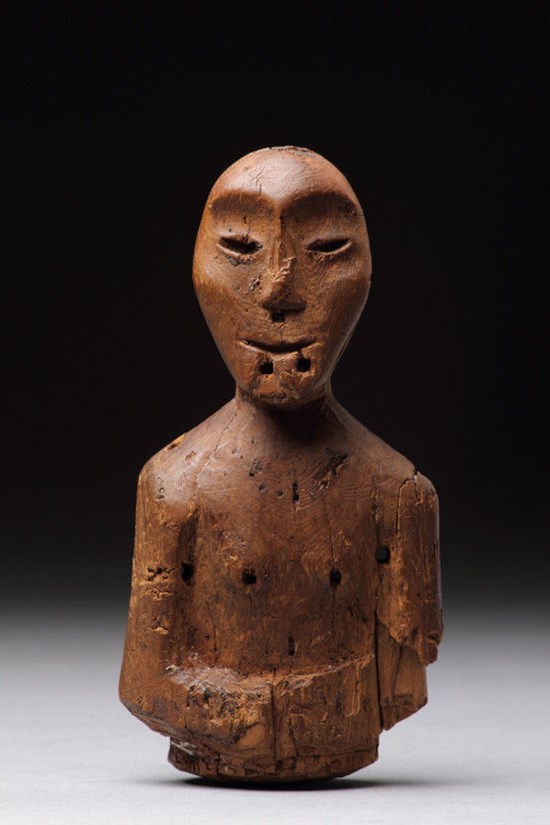 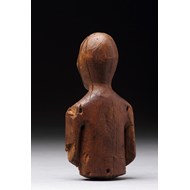 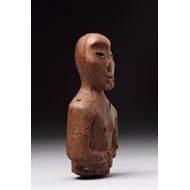 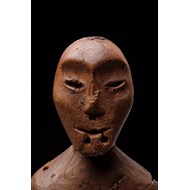 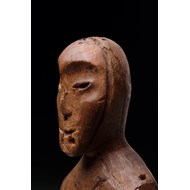