Caption Literature
A Georgian Ivory Sand Glass Measuring Three Minutes of Time
A label to the base: ‘Maria Baer Collection’
Late 18th – Early 19th Century
SIZE: 9cm high, 4cm dia. – 3½ ins high, 1½ ins dia.
Regarded as a symbol of earthly life and death, the sand glass is an instrument that was formerly in common use for measuring intervals of time. They range from the 3 or 4-minute egg timer such as this example, through quarter and half hour glasses, to the hourglass. They were a more accurate development from clepsydras or water clocks of the early eastern Mediterranean civilisations, which employed falling drops of water, instead of grains of sand, to measure time. The Royal Navy used sand glasses until 1839 to count the half hours until watches and clocks gradually superseded them. 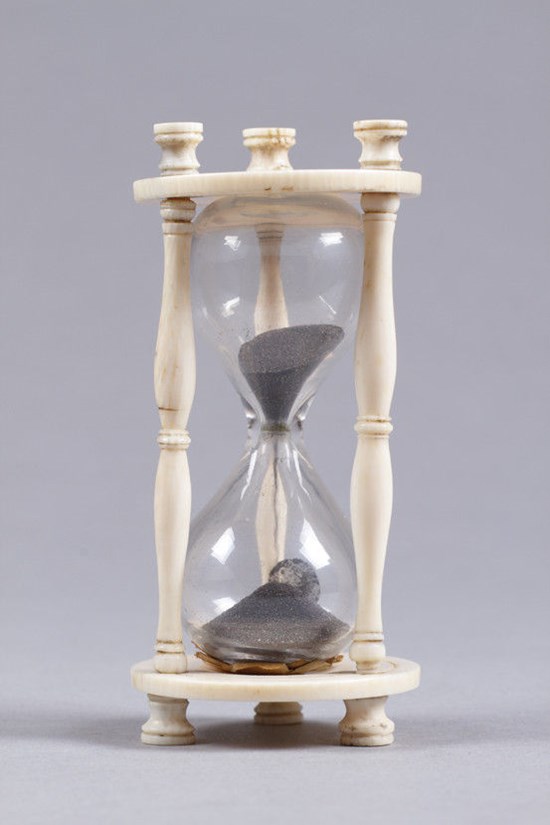 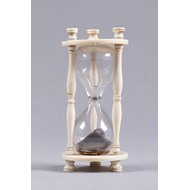 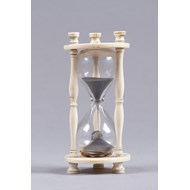 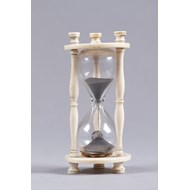 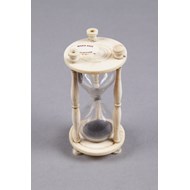