Caption Literature
A Bering Strait Eskimo Inuit Carved Marine Ivory Sinker in the Form of a Bowhead Whale
Early 19th Century
SIZE: 3.5cm high, 5cm wide, 15.5cm long – 1¼ ins high, 2 ins wide, 6¼ ins long
SEE: Finch and Co catalogue no. 16, item no. 29, for a drag handle in the form of a Bowhead Whale and catalogue no. 13, item no. 3, for two Inupiak Bowhead Whale sinkers
The Bowhead whale was the most important animal to the Inuit, it was their major source of meat, oil and baleen. They took great care in how they decorated and treated their hunting materials throughout the whaling season so as not to offend the spirits of the whales and in order to insure the success of the hunt.
Whale shaped sinkers such as this were attached to the first lines drawn around the captured whale making it fast to the boat ‘umiak’ and magically insuring the propitiation of the whale’s spirit. To the Inuit hunting rituals insure that the seasons whaling will be productive and that the animals will return in future years. 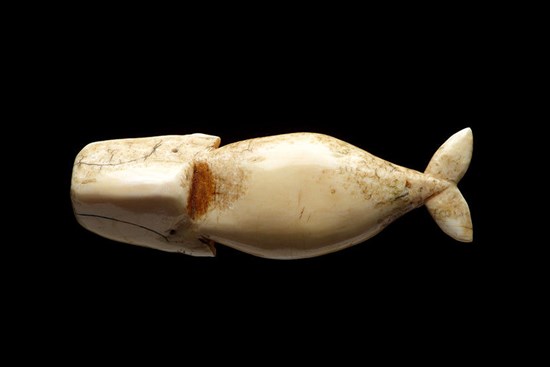 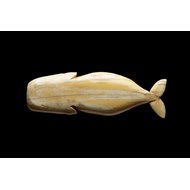 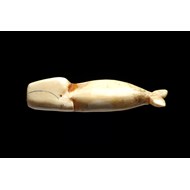 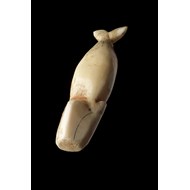 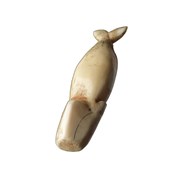