Caption Literature
A Rare Neolithic Early Bronze Age Northern British Ceremonial Stone Mace Head
Circa 3500 – 2500BC
SIZE: 19.5cm dia., 12.5cm deep – 7¾ ins dia., 5 ins deep
28cm high – 11 ins high (including stand)
In The British Isles around 3500 to 2500 BC larger and more stable domestic settlements were formed and expanded along the gravel covered terraces of the major rivers such as the Thames. Here, and in parts of eastern Britain and Yorkshire new types of individual burials made their appearance with distinctive artefacts such as these mace heads appearing together with flint axes, knives and adornments such as bone pins or jet belt fittings.
These people had the plough and were the first true northern farmers with calendric rituals who aligned stone circles on the summer solstice and their ancestor’s tombs on the winter solstice. As Professor Barry Cunliffe in his Oxford Prehistory of Europe states: ‘Northern Britain in this period seems to have had a particularly flourishing culture drawing on an indigenous background not present further south.’
Early stone artefacts such as this, known by some as ‘rock art’ turn up in spoil heaps, field clearances, garden rockeries and built into later structures such as the foundations of bridges, castles, churches and walls. Some of them were placed, probably deliberately, in later prehistoric structures where their ritual significance lingered on.
We are around 150 generations away from the people who made this startlingly ‘modern’ sculpture. Reminiscent of the work of Henry Moore and Barbara Hepworth it has survived upwards of some 3000 years of turbulent human history. 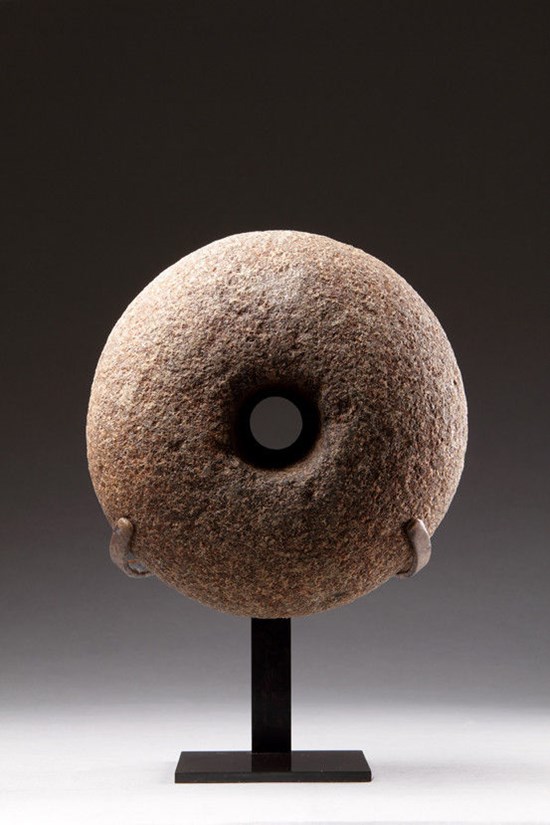 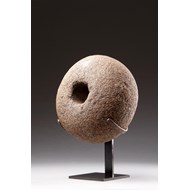 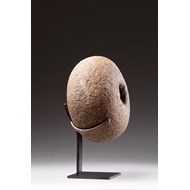