Caption Literature
An Early English Carved Ivory Lottery or Teetotum Gambling Ball Etched with a Crown and Incised on 32 Sides with the Numbers 1 to 32
Old smooth creamy yellow patina
Late 17th Century
Size: 5cm dia. – 2 ins dia. (max)
See: Finch & Co catalogue no. 20, item no. 42, for an example inscribed ‘Royal Oak’ and also catalogue number 21, item number 35, for a similar example
Teetotum balls give the gambler more of a winning chance than a spinning dice, because when thrown the faceted numbered sides of a ball give an equal chance of any number turning up, unlike dice.
Lotteries first began to be an acceptable form of raising money for government funds under Elizabeth I in 1568-69 when urgent repairs to the harbours and coastal fortifications of England were needed to repel any seaborne invasion from the Spanish. Successive Acts of Parliament then established lotteries as a legitimate means of increasing revenue and they became a lucrative source of government income even during the Commonwealth under the puritan rule of Oliver Cromwell. 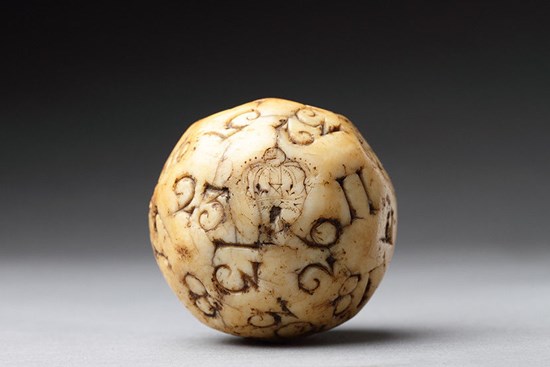 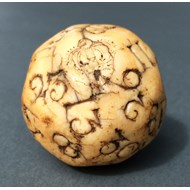 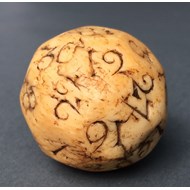 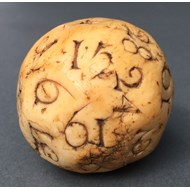 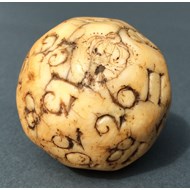 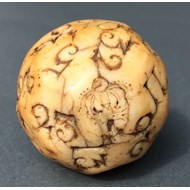 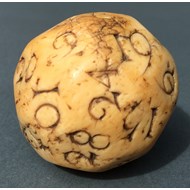 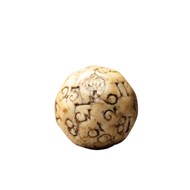 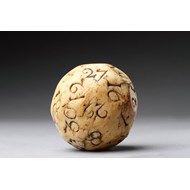 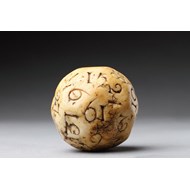