Caption Literature
A Hopi Kachina helmet shaped dance mask of painted and pigmented leather with a large protruding carved cottonwood bird’s beak and two earflaps sinew and string attachments the whole decorated with Eagle feathers
Representing ‘Ahola’ the God of Germination, a leading Kachina of great importance for the growth of the corn crop
Size: 52cm high (approx) 31cm wide, 29cm deep – 20½ ins high (approx) 12¼ ins wide, 11½ ins deep / 198cm high – 78 ins high (with stand)
In spite of the many foreign intrusions the Pueblo culture of the Hopi never lost its basic form. Corn or maize was always their principal crop and to the Hopi corn is life, for it has sustained them throughout their history. Their religious systems maintain a complex and all persuasive pattern of seasonal ritual dances in which masked and traditionally adorned men take the roles of supernatural spirits the ‘Kachinas’. These beings are the messengers to the gods and representations of the gods on earth. They are the friends and allies of humans and conveyors of their prayers to the gods. They are the spirits of the ancestors, but also embody the spiritual essence of all things, from ashes to stars. They come to visit humans during the period between the Winter solstice and their return to the underworld in July. They are said to dwell in the San Francisco Peaks, north of Flagstaff, Arizona.
During the season the Kachinas are impersonated by members of the men’s associations wearing masks such as these that envelope the head. Dancing and chanting songs the men become the supernatural beings, ‘Kachina’ and are able to converse with the gods. The Hopi continue to lead traditional lives, and although they embrace education and some modern technology, everyone returns home from working in the cities to take part in the dance festivals. 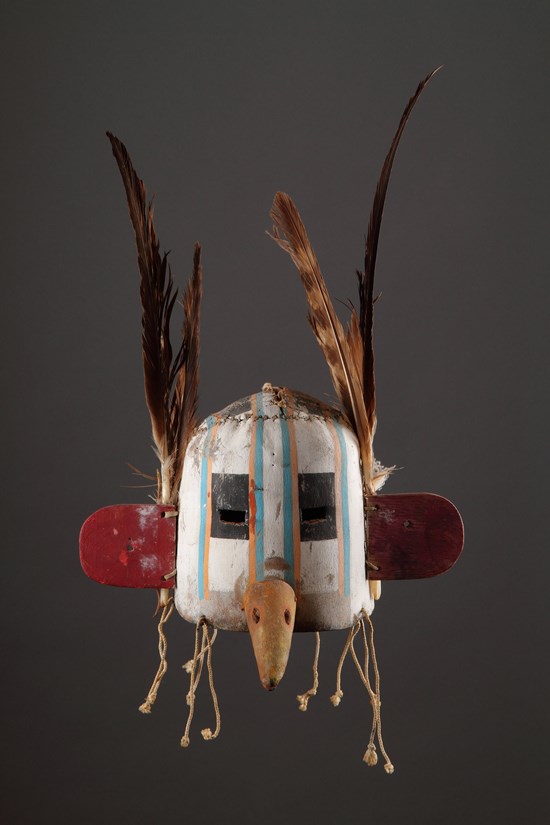 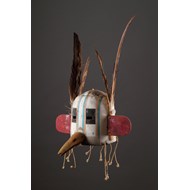 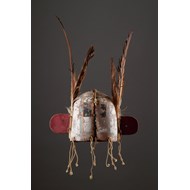 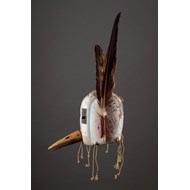 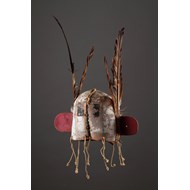 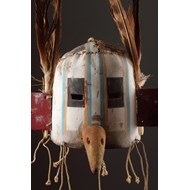 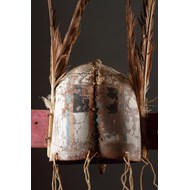 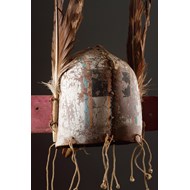