Caption Literature
A Medieval Gothic Netherlandish Carved Sandstone Grotesque in the Form of a Devil from St Martins Cathedral Utrecht
14th Century
Size: 30.5cm high, 20cm wide, 16cm deep – 12 ins high, 8 ins wide, 6¼ ins deep
47.5cm high – 18¾ ins high (with stand)
St Martins in Utrecht was once the Netherlands largest church and its Dom Tower was the biggest to be constructed in Europe during the 14th century. All that remains today of the original 13th and 14th century building is the choir, the transept and the Dom Tower. The symbol of Utrecht, the Gothic Dom Tower was built to a design by John of Hainault between 1321 and 1382. When the unfinished nave collapsed in 1674 the tower became a freestanding structure.
With his large goat like ears, short horns, open mouth and bulging eyes, the fierce expression of this grotesque devil is startling, but it was probably intended as a defence against the forces of evil, as well as a reminder of the hell that awaits the sinner. 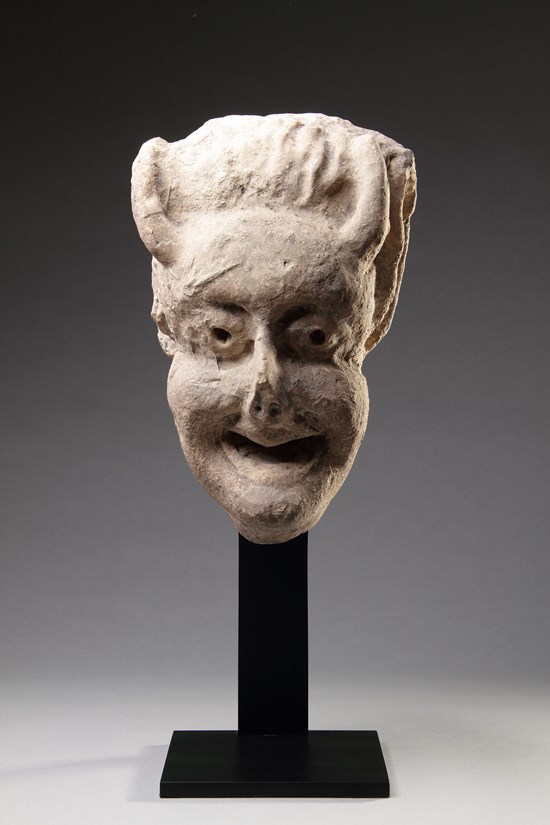 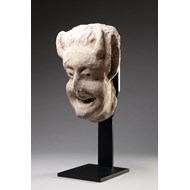 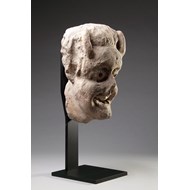 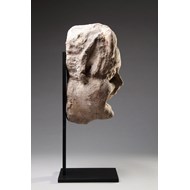