Caption Literature Exhibition
A Large Hawaiian Islands Hook Shaped Sperm Whale Tooth Royal Pendant on an Eight Ply Braided Human Hair Necklace ‘Lei Niho Palaoa’
Early 19th Century
Size: 27cm long – 10½ ins long (approx)
No other ethnographic object is as eloquent in its representation of the people of Hawaii than the ‘Lei Niho Palaoa’. They were worn exclusively by chiefs and persons of royal and high rank of both genders. They served as visual symbols of exalted status and noble birth, much like the royal crown acted as an element of formal regalia in Europe. Worn in battle and on occasions of ceremony they often appear in early European portraits of Hawaiian nobility.
Large necklaces of this kind were a development of the early 19th century when whalers and traders began to supply sperm whale teeth in quantity to the Islands allowing craftsmen to create impressive versions of the old smaller hook shaped pendant, which were made when the precious whale ivory was obtained only through chance strandings.
Early historical examples are made of shell, coral and other materials as well as whale ivory, and it can therefore be concluded that it was the shape and form of the pendant rather than the material that served as the symbol of chiefly authority.
The necklace is made of exquisitely finely braided human hair. The eight-ply braid is formed from a single continuous length gathered into two large coils on either side of the central pendant through which a small number of braided loops are passed. The coils are tied with fibre and attached to cords, which tie at the back of the neck. Captain James Cook, the first European to visit Hawaii, observed that the Islanders often exchanged locks of hair, which was regarded as a sacred substance. The head was considered the most supernaturally powerful part of the body and so the beautifully braided coils of hair enhanced the ‘mana’ of the necklace and that of its noble wearer.
NOW SOLD:
Similar items required for stock
Please contact with details and images to: enquiries@finch-and-co.co.uk 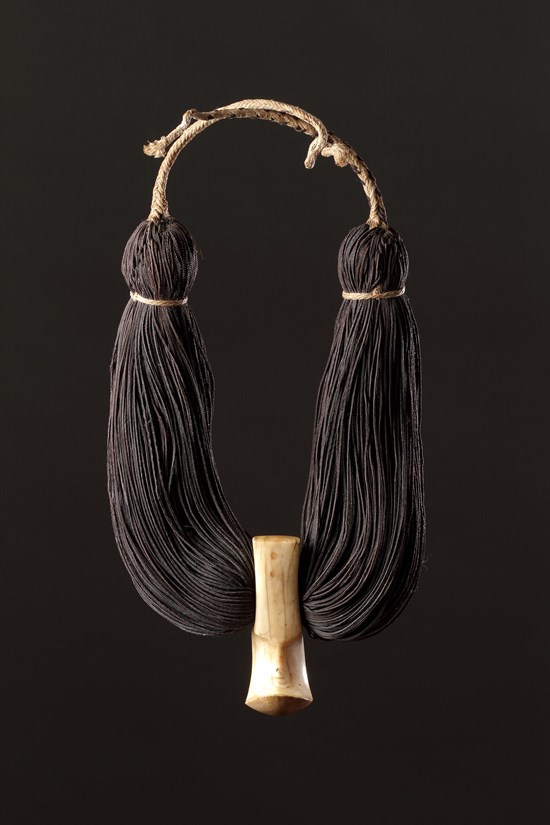 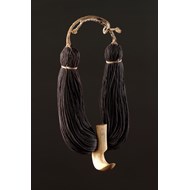 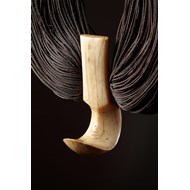 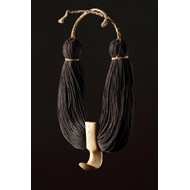 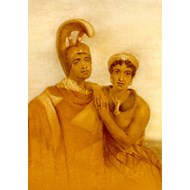 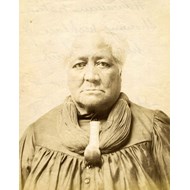