Caption Literature
A Rare Anglo-Saxon / Celtic Early Christian Cross Marked Stone Slab
Incised with an equal armed cross superimposed on a broad ring
The recess at the centre probably contained glass or crystal fragments
7th – 8th Century AD
Size: 81cm high, 32cm wide, 14cm deep – 32 ins high, 12½ ins wide, 5½ ins deep
The simplest form of early Anglo-Saxon, Celtic and Pictish Christian monument is the cross marked stone and it is said to have originated in British and Irish missionary work amongst the Northern British in the 6th and 7th centuries. In the ‘Life of St Columba’ by Adomnán there is a story of how one of the earliest of these crosses was made by the saint himself when he marked the gates of the hilltop fortress near Loch Ness, the northern base of the powerful pagan Pictish King Bridei with ‘the sign of the Lord’s cross’ in order to gain entry and secure his co-operation in allowing a start to be made in the conversion of his people.
Sometimes referred to as a prayer-cross these symbol incised stone slabs were a basic aid for instruction and devotion. They could also afford protection at the entrance of a building and when stood erect the stone slab marked the ground upon which it stood as sacred, whether on a grave or communal funerary ground or in an enclosed devotional space. The art of the cross marked stone slab in Britain is part of a common cultural package brought by Christianity to these shores and the displaying of these early symbolic stones was a token of the acceptance by the Anglo-Saxons, Celts and Picts of the Christian faith. 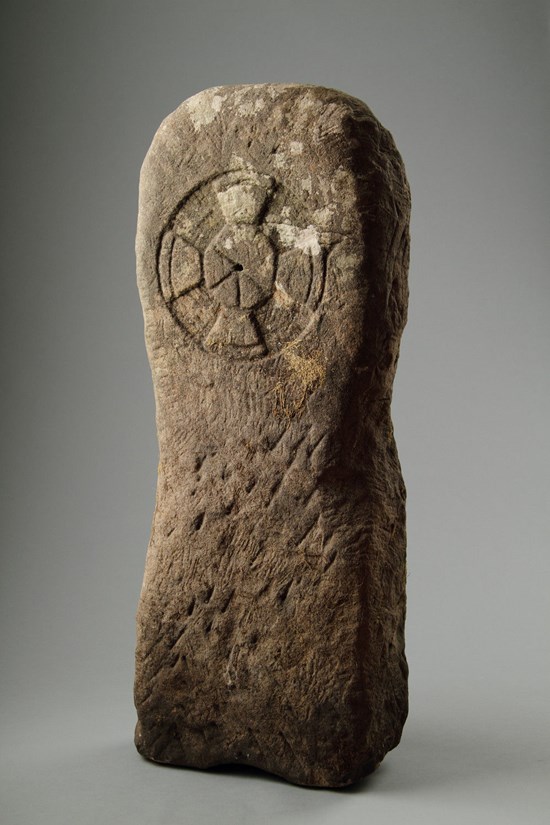 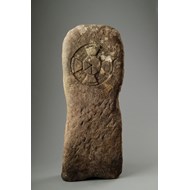 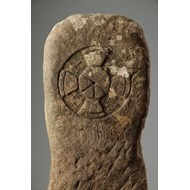 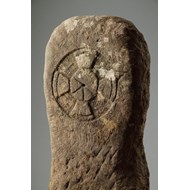 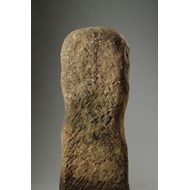