Caption Literature
An Unusually Large German Turned Boxwood Set of Paternoster Rosary Beads with Pendant Cross
Late 17th – Early 18th Century
Size: approx: 52cm long – 20½ ins long
See: Finch & Co catalogue no. 3, item no. 19, for a 17th century large Indo-Portuguese Mother of Pearl Rosary
Paternoster beads are traditionally reserved for the Lords Prayer. The use of beads for saying prayers began in medieval European monasteries almost a thousand years ago. However, in the mid 16th century Pope Pius V decreed that the rosary had been invented by Saint Dominic (1170-1231). Although there is little historical evidence to support this claim, a series of Popes have approved the tradition and today the Dominicans are officially in charge of making rosaries.
Many beads were considered talismanic, a device to win the beneficence of God, but St Augustine admonished the faithful: ‘God is a circle whose centre is everywhere’ and advised the thoughtful, solitary manipulation of prayer beads to enhance a contemplative state of mind. He believed the repetitious handling of the circular beads helped the worshipper to concentrate on spiritual inward needs. 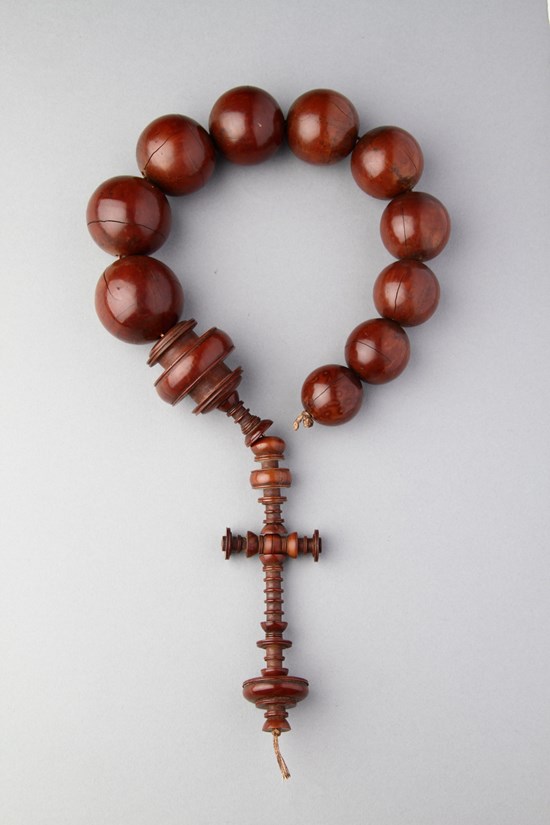 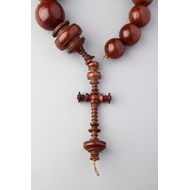