Caption Literature
A Large Ancient Roman Life-Size Hollow Cast Gilded Bronze Hairy Goat’s Foot from a Sculpture of the God Pan with traces of original gilding
Ancient Repairs
1st - 2nd Century AD
Size: 26cm high – 10¼ ins high
Provenance: Found during the excavation of volcanic pumice stone in a quarry at ‘Burtelsgraben’ Nickenich Rhine Valley Germany in the 1950’s
Purchased 1960 by a German Private collector
Thence by descent
Pan, the goat god, was originally the Arcadian god of hills and woods, the protecting deity of flocks, herdsmen and hunters of small game such as hares and partridges. Half man, half goat, he was portrayed with a puck-nose, bearded with shaggy hair, two horns and goat’s feet. He was imagined as wandering by day through the hills with the Nymphs guarding the flocks, especially the goats, and chasing wild animals. As a spirit of the woodland he was also a god of prophecy and so there were ancient oracles of Pan. Old oaks, pine trees, caves and mountains, and tortoises were sacred to him. His cult was mainly confined to the countryside and as a god of nature he was one of the companions of Cybele. To the Romans he was a universal god, with the word ‘Pan’ meaning ‘All’. 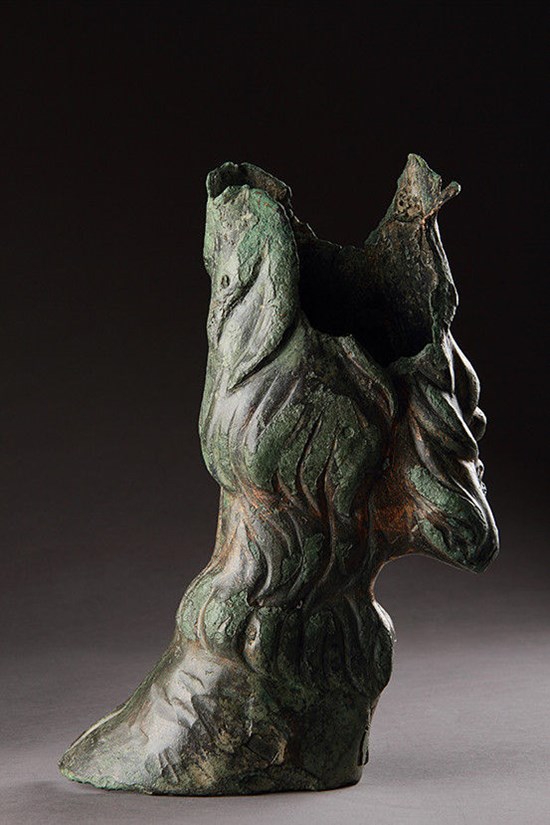 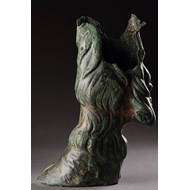 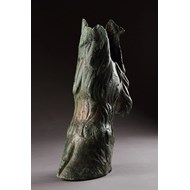 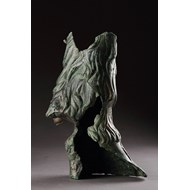 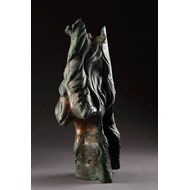 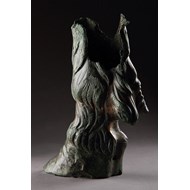 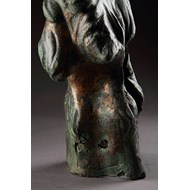 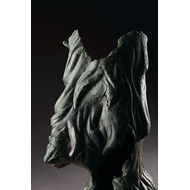 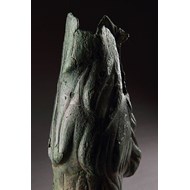