Caption Literature
A Very Large Renaissance German Finely Turned Blond Rhinoceros Horn Vessel
Smooth silky golden patina, age cracks to one side
Circa 1600
Size: 7cm high, 15.5cm dia. – 3 ins high, 6¼ ins dia.
See: Finch & Co catalogue no. 12, item no. 57, for a smaller turned rhinoceros horn vessel and catalogue no. 9, item no. 12, for another three 18th century rhinoceros horn vessels
cf: Royal Danish Kunstkammer Collection, Copenhagen, National Museum D91 and D93 for similar examples
In 1515 the first living one horned Rhinoceros was brought to Europe from India as a gift for King Manuel of Portugal a passionate collector of the exotic. It created a sensation. Then it soon became the fashion amongst royalty in the courts of 17th century Europe to drink wine from Rhinoceros horn vessels, not only because it was believed to magically detect poison, but also because it was considered a powerful aphrodisiac. This belief had also been prevalent amongst the rulers of the Middle and Far East and India for many decades. Babur (reigned 1526-1530), the founder of the Mughal dynasty, once owned the Rhinoceros horn drinking vessel in the British Museum that came from the collection of Sir Hans Sloane. Rudolf II of Prague (1552-1612) collected thirteen costly turned rhino horn vessels displaying them in his private Kunstkammer. He believed them to have amuletic properties and the ability to cure his increasing melancholia.
This bowl was turned from one exceptionally massive Rhinoceros horn. The smooth walls suggest long and sustained use. 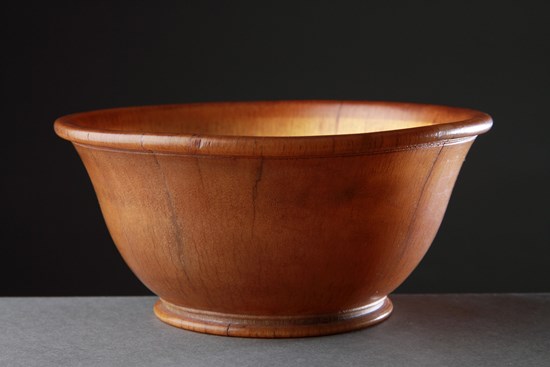 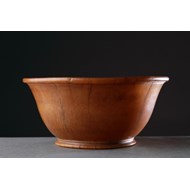 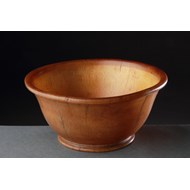 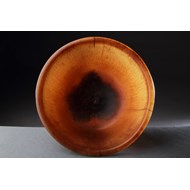