Caption Literature
A Japanese Naturalistically Carved Boxwood Netsuke of a Human Skeleton Beating a Buddhist Temple Gong ‘MokugyÅ’ The Himotoshi or Cord Holes with Ivory Rims
Signed: Shoko – Hida School
Meiji Period Mid 19th Century
Size: 3.5cm high, 4cm deep, 2.5cm wide – 1¼ ins high, 1½ ins deep, 1 ins wide
See: Finch & Co catalogue no. 19, item no. 63, for another Skeleton Netsuke by Shoko
cf: Neil Davey ‘Netsuke’ no. 741, a boxwood skeleton mixing Miso by Shoko, Ex Mrs Isobel Sharpe Collection
'MokugyÅ' are gongs used by Japanese Buddhist priests and this netsuke may refer to the ancient legend of Mugen. It was once common for bronze mirrors to be given to temples for making into gongs, bells and images. One woman gave her mirror, which she had inherited from her mother who in turn had inherited it. She regretted giving her heirloom away so much that when the time came for the gong to be cast her mirror would not melt. The villagers knew who had donated it and her heart was revealed to all as being as hard as the metal of her gift. Eventually she killed herself in anger, leaving a note to the effect that after her death the mirror would melt and that great wealth would come to whoever managed to break the gong incorporating her donated metal. Once cast, the gong was constantly beaten by those trying to break it to obtain the promised worldly wealth, the resulting incessant disturbing, noisy clanging finally prompted the priests to roll it down the hill and push it into a swamp where it still lies in oblivion, leaving only the legend behind to be pondered upon. 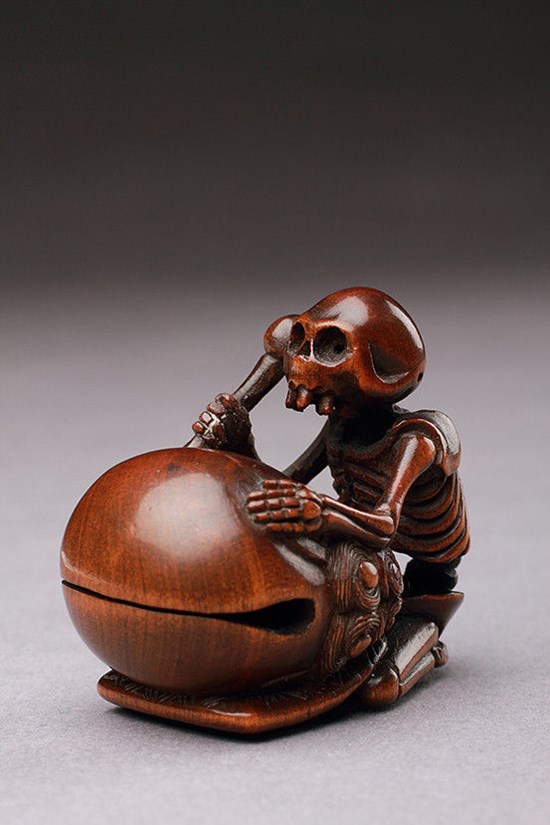 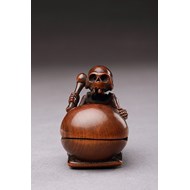 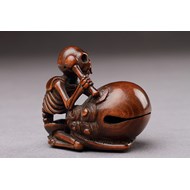 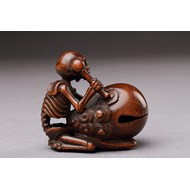 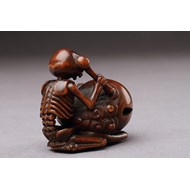 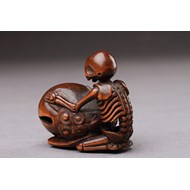 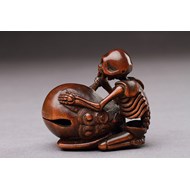 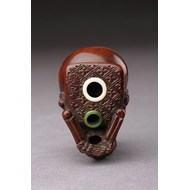