Caption Literature
A Melanesian New Caledonia Kanak Carved Hardwood War Club the Large Mushroom Shaped Head with Projecting Pointed Spurs
Old Smooth Silky Natural Patina
Early 19th Century
Size: 79.5cm long – 31¼ ins long
See: Finch & Co catalogue no. 11, item no. 79 & 80 for other examples
On board the ship ‘Resolution’ in 1774 Captain Cook first took sight of the fertile Melanesian Islands whose landscape he thought resembled that of the West Coast of Scotland. He named them ‘New Caledonia’. Now known as Kanak the Islands are surrounded by barrier reefs and warm Pacific seas and have a unique indigenous flora and fauna. The fruit bat or flying fox was the sole resident mammal before the arrival of man.
Captain Cook spent two weeks in the Islands and experienced very little hostility from the people who had, until then, developed a culture in relative isolation, and whose art was therefore free from most outside influences. The New Caledonians had a highly developed sense of form and these skilfully worked clubs were probably also made as insignia of rank and office as well as for use in combat. 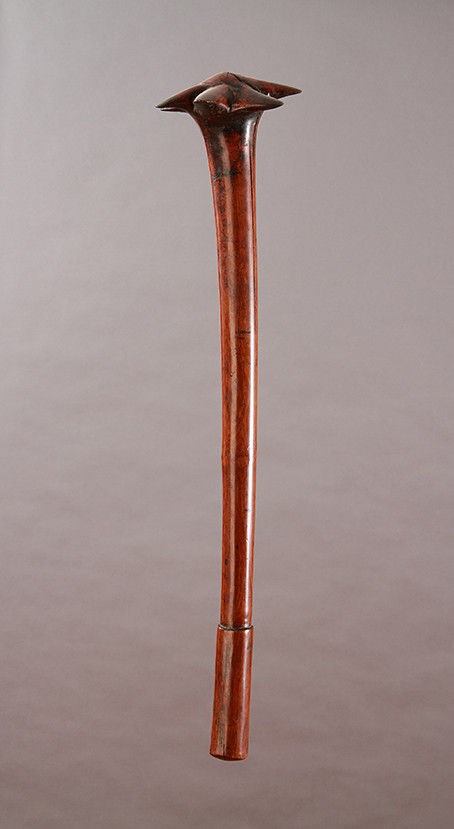 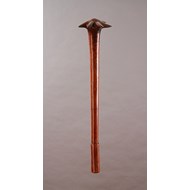 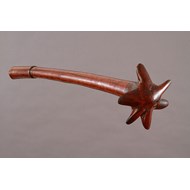 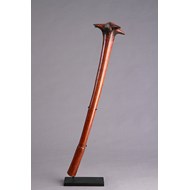 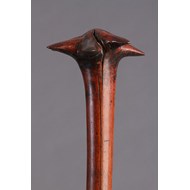 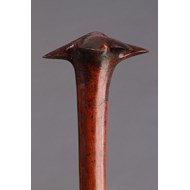 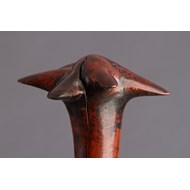