Caption Literature
A Fine Eastern Democratic Republic of Congo Lega Peoples Anthropomorphic Ivory Spoon ‘Kalukili’ decorated with typical circle and dot patterns
Deep lustrous reddish patina
Late Geometric Style Circa 1850 – 1940
Size: 21.5cm high, 5.5cm wide – 8½ ins high, 2¼ ins wide
The Lega live in the forests of the eastern region of the Democratic Republic of the Congo. They have no hereditary chiefs, but are governed by an association called ‘Bwami’ to which all men and women seek to belong. Membership of bwami is organised into a hierarchical series of grades, admission to which is achieved by passing through initiations. Bwami functions both as the political structure of Lega society and as an educational system that advocates and upholds Lega values and morals. Each grade has numerous objects associated with it including spoons, small figures and masks made of wood, bone or ivory.
The spoons are highly stylised renditions of the human body and are said to be symbolic of women and sex. They are considered treasured heirlooms and are owned by both the highest initiates and by those of the lower grades of bwami who organise traditional ceremonial initiation rites. The spoons are danced with, carried on the shoulder, caressed, used as if they were cutting and scraping implements and even as a kind of weapon. They are placed in the mouths of young men at the moment of the circumcision operation, and sometimes a relative may place one in the mouth of a family member accused of witchcraft or sorcery and exposed to the ordeal of drinking poison. The spoon then functions to prohibit an ordeal from taking place.
These spoons of naturalistic abstract form were often disregarded in the past as utilitarian objects and therefore not ‘art’. However, today it is difficult to not directly connect these anthropomorphic forms with, for example, Alberto Giacometti’s ‘Spoon Women’ of 1926 and who must have drawn inspiration from these spoons, and whose works are now considered established modern ‘art’. 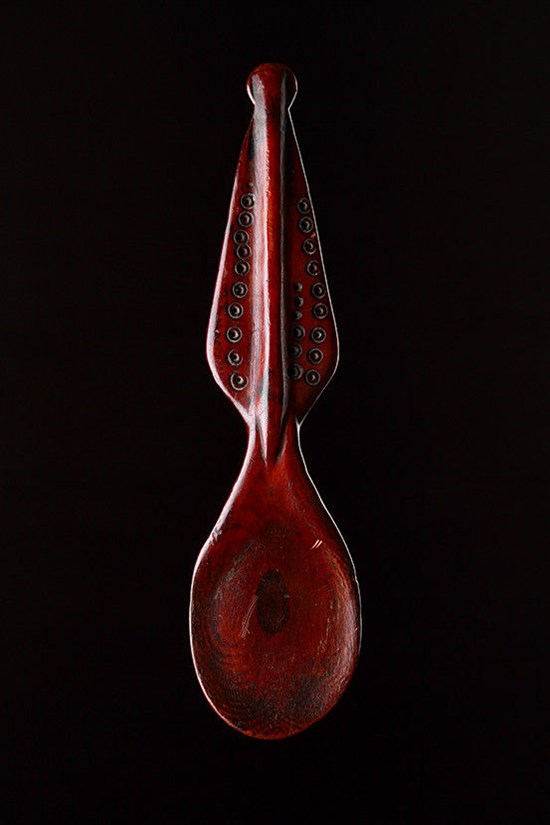 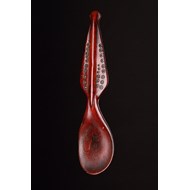 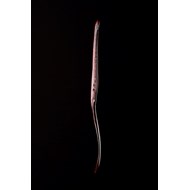 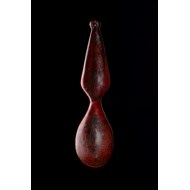