Caption Literature
A Large New Zealand Maori ‘Pounamu’ Greenstone Hei-Tiki of Symmetrical Form Carved from an Ancient Ceremonial Adze Blade the Stone Drilled Biconical Hole for the Pendant Cord pierced through the Adze Head
18th – Early 19th Century
Size: 12.5cm high, 6.5cm wide – 5 ins high, 2½ ins wide
‘Pounamu’ is the name given by the Maori to the hard translucent dark green nephrite, a form of jade, that they regard as a supernatural substance. It was often found as boulders in the river beds of the West Coast of the South Island. The Maori craftsmen favoured this material for carving into pendants, short hand clubs and ceremonial adze blades. One of the most famous manufacturing villages was at ‘Murdering Beach’ near the entrance to Otago harbour. Here on the site of a village destroyed by European sealers in 1817, large numbers of fine and varied jade ornaments, especially hei-tiki have been found. In the period just before and after 1800AD this village became a centre for a specialised jade industry producing the objects that could be readily traded in answer to a growing European interest in jade artefacts.
Sacred Adze were symbols of Maori chieftainship and therefore could not be given away even when the blade had become obsolete or damaged and disused. However, their power and ‘mana’ could be shared by placing a part of the greenstone in the care of another, but in a different form such as a Hei-Tiki. 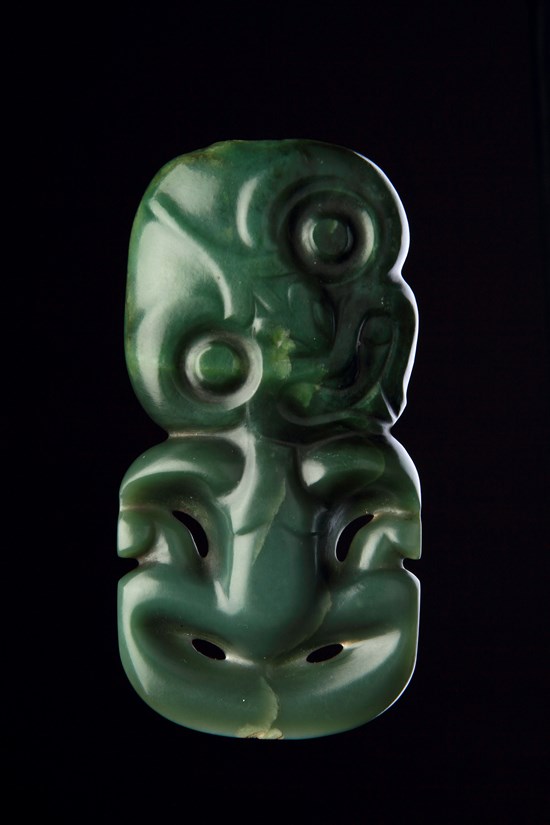 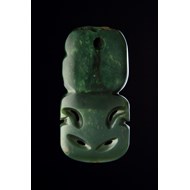 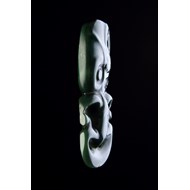 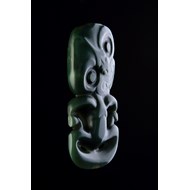 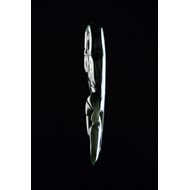 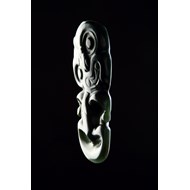 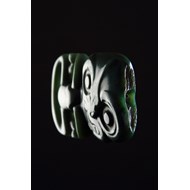