Caption Literature
A Norwegian Ceremonial ‘Lion’ Peg Tankard of Carved and Turned Karelian Birch Burlwood the Domed Lid with Carved Lion Initialled ‘KL.DE’ and Dated 1815
With a crowned lion finial resting on four carved lion feet a heart detail to the end of the handle
The lid with small crack and an old central core hole perhaps used for sweetening or flavouring the liquor
Rich smooth lustrous patina
Probably 18th Century with later marriage date
Size: 25cm high, 22cm dia. – 9¾ ins high, 8½ ins dia.
These tankards are to be found made of silver as well as of finely figured wood. The earliest date to the 17th century. The lion is the Royal Norwegian emblem and so was often used as a national symbol on these tankards. In Norway it was the custom for them to be used at wedding feasts and sometimes they were used by the subsequent generation of the original owners family and so later dates and initials would be carved to the lids.
The tankards were often marked inside with a series of pegs or pins and would have been filled with wine or beer and then passed hand to hand during the feast, each guest having to drink until the next peg was showing. Considering the generous proportions of the tankard and the size of each measure of alcohol it would have been very difficult to stay sober! 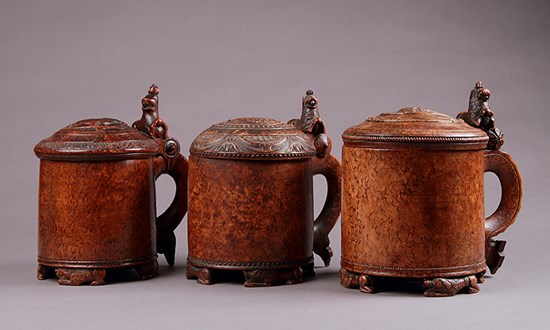 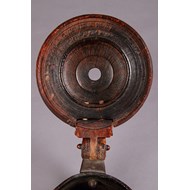 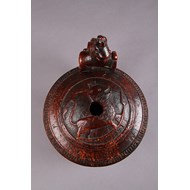 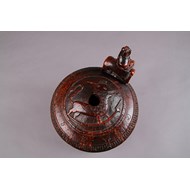 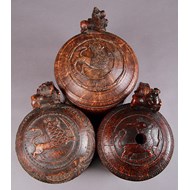 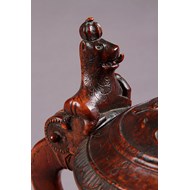 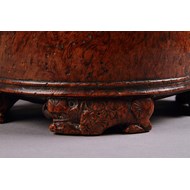 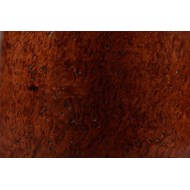 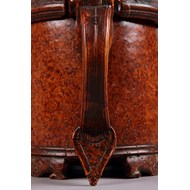 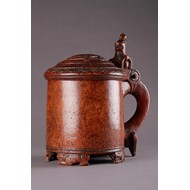 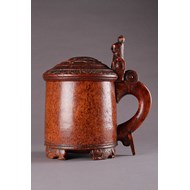 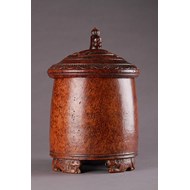 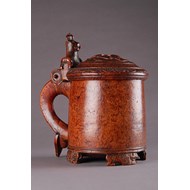 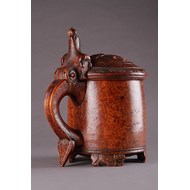